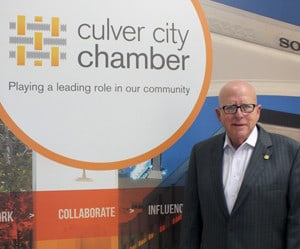 After three decades, Steven Rose is retiring as President/CEO of the Culver City Chamber of Commerce. What will he do with his free time?

At their next General Meeting, Steve will detail his plans to dive deep into his family history, which is splintered among many generations and family tree branches.

All four lines of his family are believed to have roots in Germany, where family records have been kept for centuries. At the Historical Society’s quarterly meeting on Wednesday, October 18, 2017, Steve will outline his plans for tracing his genealogy, how and what he has gathered so far, and share poignant anecdotes of his family’s journey over the last three centuries.

Many branches of his family immigrated to America in the 19th century, settling in Northern or Southern California, as well on the East Coast. They were involved in various aspects of the development of early California. Along the way, Steve has acquired many stories, fact and fiction, both here and in Germany, and looks forward to discovering more.

The Historical Society Archives & Resource Center (ARC) will be open for you to come and see our latest exhibits.

Historical Society members and the general public are invited to enjoy this free program on Wednesday, October 19th at 7 P.M. in the Multipurpose Room at Veterans Memorial Building, located at 4117 Overland Avenue. The entrance to both the ARC and Multipurpose Room is through the back of the building and open to the public.