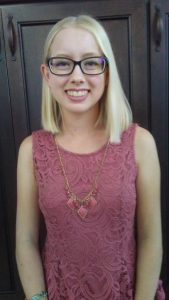 Culver City High School senior Eden Winslow was named a semifinalist in the National Merit Scholarship Program and is eligible to earn awards to defray college expenses.
The four-year Centaur varsity cross-country team runner, who will study biomedical engineering, was among 1.6 million students to take college bound tests in their junior year. Some 16,000 of the top scorers qualified as semifinalists. Finalists will be determined on academic record, information about the school’s curricula and grading system, two sets of test scores, the high school official’s written recommendation, information about the student’s activities and leadership, and the finalist’s own essay. Awards will be announced next spring.
Winslow is active in several clubs at Culver High and in humanitarian organizations and other groups outside campus. She participates regularly in church activities, plays piano, and reads (voraciously) for pleasure.
Her father, David, completed the Senshu Marathon in Kaizuka, Japan, last February, as a representative of the Culver City Sister City Committee.