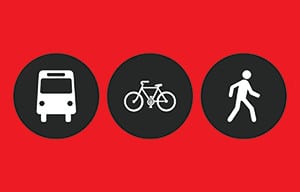 The Culver City Transit Oriented Development (TOD) District Visioning Study, conducted over the past six months, has centered on mobility planning in the TOD area. The Study includes multiple modes – pedestrian, transit, bicycling, and automobile traffic, which has historically driven mobility planning. On Monday, August 28, 2017 at 7:00 pm, the TOD Visioning team, Johnson Fain, Steer Davies Gleave, and KOA Corporation, will present its initial recommendations to the City Council for review and information.

With the Expo Station at its core, the mobility visioning study has explored linkages to better connect the station area with Downtown Culver City and its surrounding neighborhoods. Culver City residents have participated in a series of eight workshops to identify issues and explore alternatives. Residents have also mapped and posted their comments on an interactive website at www.culverTODvision.org.

The TOD Visioning team’s recommendations include long-term modifications to the design of Washington Boulevard as the “main street” of the TOD area. These modifications are designed to improve pedestrian access, use and safety; to discourage through-traffic use by automobiles with destinations other than Culver City; to facilitate transit convenience and efficiency; and to support access for the Culver City workforce. The recommendations also include traffic-calming measures to improve pedestrian and bicycle circulation within the TOD area and its adjoining neighborhoods. The study recommends changes to the City’s development standards within an expanded TOD District to enhance pedestrian access and the pedestrian experience on Washington Boulevard and to introduce a shared parking concept. Other proposals include the introduction of micro-transit services to meet local circulation needs of residents and local employees; improved wayfinding systems within the TOD area and Downtown Culver City; an integrated network of bike lanes and other facilities to link the neighborhoods; and an intensified program of Transportation Demand Management for both the TOD area and citywide coordination of a variety of mobility modes for Culver City.

The presentation of these initial recommendations will be held during the August 28 Council Meeting beginning at 7:00 pm, in the Mike Balkman Council Chambers, in City Hall – 9770 Culver Boulevard, Culver City.