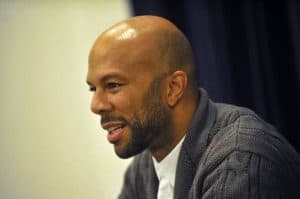 Hip hop recording artist, actor, film producer and poet Common added his voice to the campaign to reform California’s juvenile justice system with the Imagine Justice concert at the Capitol Mall  on Monday, Aug. 21, and planned meetings with legislators and youth on Tuesday, Aug. 22.

Common joins youth advocates, criminal justice groups and current and former law enforcement and corrections officials to support the passage of Senate Bills 394 and 395, two bills in the #EquityAndJustice package authored by Sens. Ricardo Lara (D-Bell Gardens) and Holly Mitchell (D-Los Angeles). He will also speak in support of SB10 by Sen. Bob Hertzberg, which Sens. Lara and Mitchell are also joint authoring.

“There is a rich legacy of African American entertainers who’ve lent their voices and resources to the fight for social justice: Harry Belafonte, Eartha Kit, Ruby Dee and Ozzie Davis and, of course, Paul Roberson were stalwarts in the fight for civil rights and racial equality,” said Mitchell, who also urged people to listen to the children’s stories with an open mind and heart and to remember the role entertainers can play in helping bring about social change. “Common and the new generation of ‘woke’ entertainers are speaking up and out on behalf of men and women of color who are disproportionately represented in a criminal justice system that is simply UN-just and UN-equal. I applaud their efforts.”

“Harsh punishment and false confessions breed hopelessness and represent a failure of our justice system,” Lara said. “Senate Bills 394 and 395 are common sense reforms that will invest in young people’s recovery not their incarceration. I hope hearing from Common and the stories of young people who are overcoming huge odds inspire legislators to share our dream of equity and justice and vote yes on Senate Bill 394 and 395 in the Assembly.”

Senate Bill 395 would update Miranda rights for youth by requiring those under the age of 18 to consult with legal counsel before they waive their constitutional rights in interrogations with police. Research has shown that young people are much more likely to confess to crimes they did not commit, and SB 395 will help prevent false confessions and improper convictions that can result.

Senate Bill 10, the California Money Bail Reform Act of 2017, aims to replace a pretrial process that often forces people of modest means to remain in jail until a court can determine their innocence or guilt but allows the wealthy to go free. SB 10 would safely reduce the number of people being held in jail awaiting trial and ensure that those who are not a threat to public safety or at risk of fleeing are not held simply for their inability to afford bail. The bill would require, except when a person is arrested for specified violent felonies, that a pretrial services agency conduct a risk assessment and prepare a report that makes recommendations on conditions of release for the person pretrial. The legislation has been endorsed by more than 100 different organizations and the Los Angeles Times, Sacramento Bee, San Francisco Chronicle and Mercury News. Sen. Hertzberg and Assemblymember Rob Bonta, D-Oakland, explained their proposal in an op-ed published in May in the Los Angeles Daily News. Senate Bill 10 is awaiting review by the Assembly Appropriations Committee.