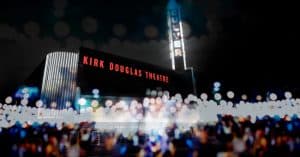 Center Theatre Group has announced the casting for the world premiere of Paul Rudnick’s new play “Big Night.” Directed by Tony winner Walter Bobbie (“Chicago” and “Bright Star”), “Big Night” begins previews September 10, opens September 16 and continues through October 8, 2017, at the Kirk Douglas Theatre.
The cast includes, in alphabetical order, Brian Hutchinson (“Smokefall” Off-Broadway), Max Jenkins (NBC’s “The Mysteries of Laura”), Luke Macfarlane (ABC’s “Brothers & Sisters”), Wendie Malick (NBC’s “Just Shoot Me!”) and Tom Phelan (ABC Family’s “The Fosters”). One more cast member will be announced at a later date.
The creative team includes set design by John Lee Beatty, costume design by William Ivey Long and lighting design by Ken Billington. Casting is by James Calleri, CSA and Paul Davis, CSA and Brooke Baldwin is the production stage manager. The sound designer will be announced at a later date.
It is the night of the Oscars and a working actor turned Oscar nominee knows that his life is about to change – he just doesn’t know how profoundly. His transgender nephew has plans for his speech, his young agent has plans for his future, his unstoppable mother has plans for the catering and his partner is nowhere to be found. Master satirist Paul Rudnick blends a deep humanity with a honed sense of hilarity in this powerful and funny play about family and fame, the personal and the political, and the drive to stand up and speak out.