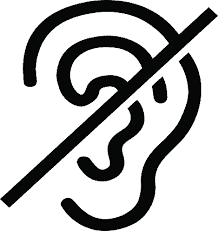 At council meetings, at school board meetings, in the most everyday conversation – I hear people responding in ways that betray the fact that they were not listening. She says this and he responds to that. That was not anywhere in the scene. It’s like we are reading from two wildly different scripts, and no one notices that the dialogue just doesn’t sync. Then we are frustrated at how communication just is not happening.

At a recent school board meeting, one speaker said “I don’t know anything about what’s going on, but I want my voice to be heard.” My jaw dropped. Did anyone else hear that? Would it have made sense to wait and listen and find out what was going on? To me, it would.

At the special council meeting last Tuesday, the community turned out in force to protest what was supposed to have been a presentation by Sentinel Peak; the oil company that had the council hold off on the draft of the Environmental Impact Report. After the news broke that the company had dropped their request, more than one council member had made the point that all the audience remarks that had been prepared for the meeting were no longer addressing the agenda. They could be delivered – to better effect – at the August meeting for the actual release of the EIR.

Anybody hold their fire or change their tune? Not that I heard. Most people went right ahead with the comments they planned.  A full 90 minutes worth of meeting time, all to make statements that were no longer applicable to the agenda. Five yes votes approved taking the next step to releasing the EIR – which I’m fairly sure could have happened at least an hour earlier.

The unhappy proverb that ‘we don’t listen to understand, we listen to reply’ goes down another notch when our replies are pre-packed. We are not even hearing what’s being said, just waiting for that pause in the conversation when we can insert our ‘mind all made up’ opinions.

What happened at the council meeting last Monday night was a resolve to address the General Plan, something that has long needed doing. The city staff and the council were in complete agreement that the way to optimize this process would be community input. The city manager considered how to get a thousand people to contribute. Five thousand,  he thought, would be even better.

I’m imagining what it would take to create a process where five thousand Culver City residents could speak – and be heard – by each other.  Where we could be so open and unscripted in our interactions that we could learn from each other. And we are a very clever and creative bunch, there’s a lot of great stuff to learn here.

Of course, it’s not just us – this is what’s happening all over the country. We pre-approve of any form of media so as not to bump into any ideas that we might not already agree with. We are so unwilling to hear anything we don’t like, we just stop listening.

Then, we can’t learn anything.

Since you are reading this and not listening to it,  you can go back over anything that was unclear. We don’t have that advantage in the moment.

The art of listening isn’t dead, but it is certainly dormant.