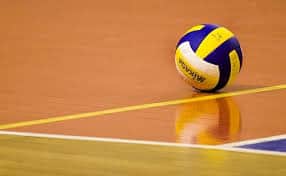 Culver Volleyball Club finished its eight-month season with strong showings among 500 teams in the annual Summer Soiree Volleyball Tournament in Anaheim.
The top ranked 16-year olds took second place, the fourth seeded 18-year olds finished fourth, and the seven-seeded 14-year olds placed ninth in the four-day event during the Independence Day holiday.
Coaches and players will take a short break and then prepare for the Culver City High School and Middle School seasons. Club tryouts for girls 15 and older will take place August 12-13. Tryouts for girls 9-14 will be held October 7, 8, and 9.
“It was an exciting tournament each day in Anaheim with all of our nine teams playing outstanding volleyball up until their final matches,” said club manager Marty Siegal.
Three Culver City teams played in the Gold Division Championship Round on the ﬁnal day.
The 14s, coached by Eric Burns, had a tough draw in the ﬁrst game and was beaten by 253 Elite 25-20, 11-25, 16-14 to finish ninth out of 114 teams.
The 16 year olds, mentored by Centaur volleyball coach Tanner Siegal, was seeded #1 in the 65 team ﬁeld and won all 11 matches to reach the championship game. Culver City could not ﬁnd an answer in the finals to the well-rounded AMP team, losing 25-17, 25-21.
The 18s, coached by Centaur assistant coach Eriko Gambol, played well among 102 teams, but was defeated by Momentus, 16-25, 25-19, 15-13.
“It was a great season for Culver VBC with all of the teams playing inspired volleyball. Many of the teams were made up of young ladies who will be playing for the Middle School and High School volleyball programs,” said Marty Siegal.
For more information, visit culvervolleyballclub.com.