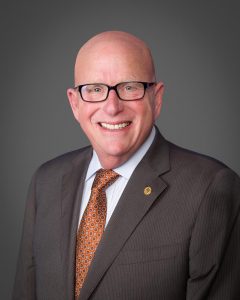 In ending his 3o years as the chief spokesperson of the business community, he stated that the Chamber’s influence in helping Culver City succeed stands out in his mind as the overall accomplishment of his tenure. Whether it was the chamber’s support of SONY’s comprehensive Development Plan, the revitalization of an old mall into Westfield Culver City or support of the local school bond and parcel tax to improve CCUSD schools, Rose said the chamber always took a leadership role in improving the community.

He added that the chamber was heavily involved in the downtown charrette that started the revitalization of Downtown Culver City and a wide array of city initiatives and school-related activities.

“I am proud to have led this chamber during a time when we focused not just on the success of Culver City businesses but on the success of our entire community,” Rose said. “I don’t think every chamber does that, but I have always encouraged the chamber to look at the big picture because a successful community means successful businesses, even if some of our positions weren’t always popular.”

Rose cited the chamber’s support of the local sales tax increase in 2012 after the state eliminated the Culver City Redevelopment Agency as one of those difficult positions. After all, no business wanted to see taxes increase, but Rose said it was more important to make sure that the city remained healthy and didn’t have to cut people or programs.

Internally, Rose oversaw the Chamber’s move from mimeographed newsletters to electronic newsletters to social media, constantly staying ahead of the communication curve and staying on top of ever-evolving websites and cloud-based membership systems that allowed the Chamber to reach a much broader business community. Rose also oversaw the evolution of Chamber meet-ups that now include Good Morning Culver City, Business After 5 and Women Connect as well as city-wide events such as Employment Law Seminars, the modern Mayor’s Luncheon and CulverEXPO.

“We want to thank Steve for his three decades of service to the Culver City business community and recognize the countless hours he has spent advocating for the best interests of our community,” said Paul Goldstein, Chair of the Board. “Steve’s contributions and knowledge of business in Culver City are unparalleled, but we will begin the search for his replacement immediately. The Culver City Chamber will be using its Budget Committee as a ‘Search Committee’ to select a new president. Our search will be done through Western Association of Chamber Executives (WACE) as well as using a variety of job search sites, and it is our expectation to have a candidate identified within in 90 days.”