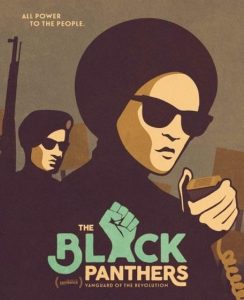 Black Talkies On Parade presents the explosive documentary The Black Panthers: Vanguard of the Revolution directed by Stanley Nelson, on Saturday June 24 at 2:30 pm. The film covers the rise and fall of the Black Panther Party with historic footage and interviews with members of the party who lived through this extraordinary period in Black History. While fighting for equal rights and safer communities the Black Panther Party faced stiff challenges from the media and the government and many of these issues still remain prevalent today. The film was nominated for a Prime Time Emmy and won Outstanding Documentary at the Black Reel Awards.

Your afternoon host will be Lloyd Clayton, Executive Director and following the screening there will be a Q&A led by film committee member Shawnee Gibbs.