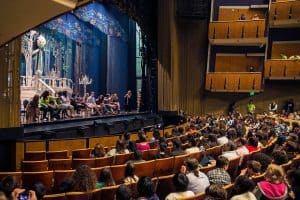 “The Edgerton Foundation Playwrights Initiative is allowing us to make bigger, bolder investments in some of the world’s best playwrights,” said Michael Ritchie. “Co-commissioning with some of the top theatres in the U.S. and London allows us to put our resources together in support of the creation and production of new work around the world—with a clear path to Broadway thanks to our new connection to Second Stage and their Helen Hayes Theater.”