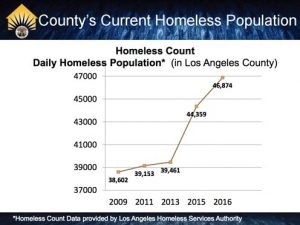 Also known as “Los Angeles County Plan to Prevent and Combat Homelessness,” Measure H is a sales tax measure to fund homeless services and prevention. County voters passed Measure H on March 7, 2017: after July 1, 2017, there will be a one-quarter-percent increase to the County’s sales tax to fund services, rental subsidies and housing. This is expected to generate approximately $355 million in tax revenue per year for 10 years and will solely be used to combat homelessness throughout Los Angeles County.

The Culver City Committee on Homelessness began as an Ad Hoc Citizens Advisory Committee. It advises the City Council on 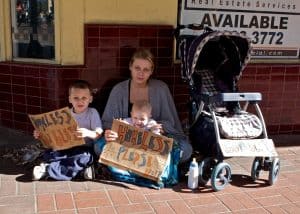 policy directions and is committed to improving the quality of life in Culver City. In coordination with the Committee on Homelessness, the Housing Division of the Community Development Department has created a Homeless Resource Guide. This resource guide provides referral information for Crisis Lines, Food Programs, Homeless Shelters & Services, Legal Services, Veterans Services, and Medical & Mental Health Programs, and Substance Abuse Programs.

The Culver City Homeless Outreach Team contracts with St. Joseph Center to offer transitional shelter and services to the homeless, as well as build relationships and demographic information. A record number of volunteers (72) recently participated in the County-wide 2017 Greater Los Angeles Homeless Count in order to better understand the size and demographics of the homeless within the City.

The City has also formed a working group with the Westside Council of Governments (COG). The working group’s discussions and efforts will be driven by the recent Measure H acceptance and the 47 pre-defined strategies laid out by the L.A. County Homeless Initiative. Culver City is part of Service Project Area (SPA) number 5 with Venice and Santa Monica, which have higher homeless populations by comparison.

For more information about the City’s efforts to combat homelessness, please contact our Housing Administrator, Tevis Barnes, at [email protected] or 310-253-5782.

You can view all of the City’s Information on Homelessness Services HERE.