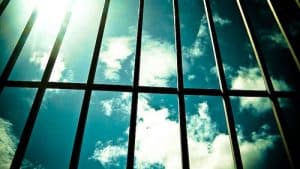 Supporters of sweeping reforms of how California’s criminal justice system treats youths and young adults won another round today as the sixth measure in a seven-bill package that has passed its initial policy review.

In addition, a companion measure that had been referred to a second policy committee for review won approval for the second time in as many weeks.

“I’m grateful to colleagues who are joining me in reforming a system that too often punishes children as if they were disposable adults,” Sen. Holly J. Mitchell said after members of the Senate Committee on Public Safety voted 6-1 to approve Senate Bill 439, which would set age 12 as the minimum age for incarceration. “Children are not pint-sized adults but instead should be subject with care with an emphasis on rehabilitation – not warehousing.”

Also approved today was SB 190, by the Senate Human Services Committee, a measure that would eliminate court fees on those found innocent of a crime.

SBs 439 and 190 are two of seven bills comprising an #EquityAndJustice package jointly authored by Mitchell and Sen. Ricardo Lara. Both bills will next be reviewed by the Senate Appropriations Committee on a date yet to be set.

Their other measures are:

SB 355 – No Court Fees for the Innocent
This would provide that only those who are convicted of a crime are required to reimburse the courts for legal counsel fees. Status: Approved by the Senate on April 3; this measure now awaits action in the Assembly.