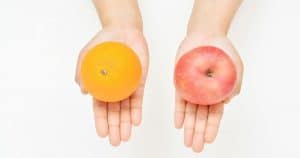 Let’s say you have an elected official leaving, and replacing them is essential. Know that Lincoln was right; you can please some of the people some of the time. In this political era, that’s about it.

The School Board meeting on Tuesday that focused on filling Sue Robins’ seat heard a lot of applause, and a few critiques of the process. While Summer McBride’s appointment was about as close to making everyone happy as possible – an ideal candidate, with major experience and expertise in multiple CCUSD categories – some felt that appointment was not the way to do it.

Before I took on the second part of my last name, I was occasionally honored to be confused with Miss Manners – the Judith Martin who wrote a very funny and correct etiquette column for the Washington Post. She would agree that process matters. But, she might also make some allowances for what our electoral process puts people through. It’s worse than rude.

Sixteen people applied to be a school board member. Seventeen, if you include the person who complained to the board that she was not on the list because the process was too narrow. In the last election, only three people ran – for two open seats – to be school board members.  So, a ratio of more than 5 to 1 when it was about standing for the post rather than running for it.

I happened to speak to someone who had run for the office years ago. In a very casual conversation, the week before this board meeting, they still remembered to the dollar how much they had spent, and how much their opponents had spent. Running for office is not cheap, even for a local school board race.

In recent local elections, it has also come to mean exposing yourself to relentlessly nasty personal attacks. Not a “You are a bad candidate and people should not vote for you” kind of attack. More of the “You are everything that is wrong with the human race and we need to remind voters of this on a daily basis for the next three months” kind of attack. From people who don’t have the good manners to sign their names.

Of the sixteen who submitted their applications, four of them did not even show up to speak to the meeting, effectively cancelling their participation without even the courtesy of withdrawing, and adding another five minutes each to a meeting that was more than four hours long. Bad manners, friends, very bad manners. Only one candidate – Lila Swenson – was gracious enough to withdraw at the meeting, citing the experience of the other candidates and bowing out. People will remember this when Lila chooses to run for office in the future.

I do not think any of our officials have a grudge against Democracy –  I do think we need to clean up how we conduct elections.

Lawn signs cost money, and they will be stolen and trashed by people behaving like middle school bullies. There will be anonymous flyers hung all over town declaring that you are in league with the devil, you eat peas with a knife, and your mother wears army boots. People will discuss you in microscopic detail, mostly disapproving of every decision you have ever made.

Why don’t more people step forward to run in an election? That’s why.

Thank heavens for Summer McBride. The provisional board member has a solid record of experience, a network of connections, and a knack for diplomacy. Full disclosure – I am the Second Vice President of the PTA District Council, and I can attest that Ms. McBride is every bit as smart and prepared as her supporters make her out to be. While our jobs do not cross paths or connect in any major way, we do attend the same meeting every month. I would have voted for her in a heartbeat.

So – would she have won in an election? Would she have been able to raise the funds, campaign constantly, and withstand the onslaught of ugliness that has become our unfortunate routine?

Happily, she gets the seat without running the gauntlet, and we get a full compliment on the board without weeks and/or months of bitter campaigning. I believe in elections, but I also believe in the efficient use of time and resources.

The next time we have an election, let’s see if we can behave ourselves. That might encourage more people to run for office.