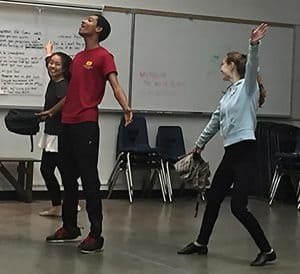 AVPA’s Spring Musical celebrates the Culver City Centennial with a revue featuring memorable hits made famous by film and TV produced right here in Culver City. The golden age of musicals from M-G-M’s heyday are the centerpieces in a revue that will tell the stories of the movies, personalities, and the songs themselves. There will be five performances at Veterans Memorial Building: March 16, 17 and 18 at 7 p.m. and March 18 and 19 at 1 p.m.