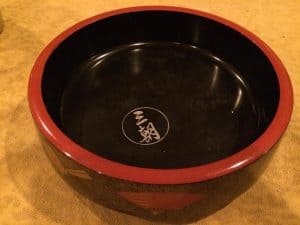 My Journey of Japan in L.A.: Restaurant Edition —

After a film screening I attended that happened to take place at the Japanese American National Museum in Little Tokyo, I couldn’t pass up going out to eat in the area, even at the cost of missing a next event I had planned. If I had to choose one spot in L.A. to be trapped in, having to eat every meal there for two months, this would be the place. Here, you can get every type of Japanese food imaginable, and they are open ’till late, too; no westside “last order at 9:30” business here. Places are open until 11, 12, even 3 AM, and not just open, but open and authentic.

Faced with several choices at nearly 10pm, we settled on a place I knew would be open; I’d been there before. I estimated that it’d been thirty-five or so years…bingo! the place had opened in 1981, as was noted on the top of the menu. As ubiquitous as Japanese restaurants are in Los Angeles now, you might not realize that in the 1970’s, they were fewer and further between. Even though we did have Sawtelle Blvd (now referred to as “Little Osaka”), not to mention the Culver City adjacent Centinela strip area pinpointed by the Venice Japanese Community Center, here on the westside, the restaurants were not as authentic as those you could find downtown in Little Tokyo, or in mid-City. They were, and some still are, wonderful restaurants in the Japanese-American tradition, but they weren’t like the Japan of my 1980’s.

When I was growing up here in the 70’s, back when my fixation with Japan erupted, the minute I got my driver’s license I began to drive myself to local Japanese restaurants. My parents used to go to Vegas on so-called “junkets” a couple of times a week, and they’d throw me a $20 bill to babysit my sister and take her to eat at my haunts. From our home in Mar Vista, I’d drive up to Sawtelle, or down to Centinela, where Sakura restaurant still exists to this day, and we’d eat while I’d practice my language skills. I got to know a lot of the people in those eateries; they’d humor me with the language, even if, after a while, I ended up having to say less, because they’d know our order the minute we walked in. And, yes, the wait staff, and even many of the kitchen staff actually were native speakers of Japanese. I never fulfilled my dream of working at a Japanese restaurant, because they weren’t in the habit of hiring someone who looked like me in the day, but one of my sons did eventually get to do so; after twelve years of Japanese immersion, he was able to land a job at the Culver City Sunny Blue o-musubi house (I wrote about the place at its grand opening in this column a couple of years ago).

The eighties brought a wave of new Japanese restaurants to the city. Immigration laws at the time allowed people to live and work in The States merely by demonstrating a “special ability to prepare Japanese food.” There was an explosion of sushi bars, especially. Up to that time, Japanese restaurants consisted of varied menus with “combination plates such as ” tempura and beef teriyaki or sashimi and chicken kara-age. Some of the most memorable places for me were: Marina Mago on Centinela, Futaba on Sawtelle, Hakata in Santa Monica (all gone) and Noma (still there) in Santa Monica. And then there was a strip of places on Pico Blvd between Bundy and Barrington. Sancho (now called “Sushi House”), with a branch headquartered in Saitama, Japan that I eventually visited, was a weekly hang out place for me. I somehow acquired a sushi serving dish from the place, which I still use now.

What’s changed most these days, besides the sheer numbers of Japanese eateries on every block, is that the restaurants are more like in Japan, where they specialize in one type of Japanese cuisine, be it ramen, shabu-shabu, or curry. For ramen, I used to have to drive half way downtown to a small shop near Vermont and 1st, these days ramen can be had as easily as in “Big Tokyo” itself.

What I learned from the time spent in those restaurants in the day was not just the language, but the etiquette. Japanese music was played in 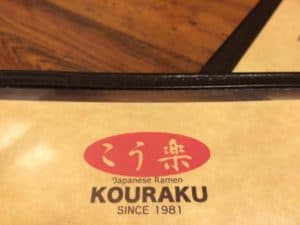 the background, Japanese art was on the walls, and sometimes there’d be little Japanese gardens. I made friends with the workers, even dated some of them; I nearly married a cook who eventually ended up owning one of the establishments I frequented. These joints were my world! From about 1974 to when I left to live in Japan in 1981, it occurs to me that I spent an inordinate amount of my extra-curricular time in these watering holes.

There is more Japanese life here in the Los Angeles area than almost anywhere outside Japan (with Brazil and Hawaii sometimes vying to top California, and Los Angeles specifically). This is one of the main reasons why I love my hometown, and why I have been shaped so profoundly by it. We are home to dual language immersion programs, stores selling Japanese books, clothing and other goods, and we have Japanese restaurants where Japanese is actually spoken. I go to San Francisco a lot, and know that many Japanese restaurants are run by other Asian ethnicities, and the experience is just not the same. Consequently, I rarely want to have Japanese food anywhere other than LA or Tokyo, because you go in and find Pad Thai and Pho on the menu.

I close with a final lament on the loss of two of Culver City’s own super-special Japanese places: Tokyo 7-7 and Royal T Cafe (Google them). It wasn’t enough that I spent my own life at Japanese restaurants, I brought my kids up at these two establishments.