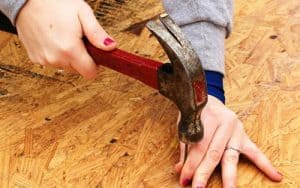 On January 28, Habitat for Humanity concluded a series of four information meetings for households interested in applying for the Globe Project. The information meetings were held in both English and Spanish on January 12, 19, 21 and 28. According to the city manager’s office, a total of 350 households attended these meetings. Habitat will begin review of the applications, and a preference will be given to households that live or work in Culver City.

The Globe project, which broke ground in March of 1016,  will be 10 units and is the first affordable ownership project in the city. Construction is estimated at 18 months. Building plans were submitted for new construction of four of the 10 new single family dwellings at 4044 – 4064 Globe Avenue.

“We are excited to be working with the City of Culver City on this new development,” says Habitat LA President and CEO Erin Rank. “There are many hardworking families and individuals in this area that will benefit from our work. We also have many ways for local residents, businesses and community organizations to support this project by donating funds, promoting homeownership opportunities, and coming out to volunteer.”