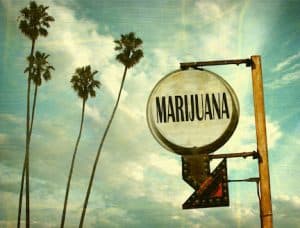 While the passage of Prop. 64 in last November’s election legalizing the use of marijuana for adults over the age of 21, it also left to cities to set their own standards for sales, taxation, growth and production. How Culver City will decide on what is best was a discussion at the last council meeting on Feb. 13, 2017.

There are currently no legal marijuana businesses in the city, and with the restriction on the legal distance a dispensary needs to be kept away from schools and day care centers as 600 feet, several on   the council wondered where that would leave any space suitable for opening such a business.

Mayor Jim Clarke noted,  “We need to act on this sooner rather than later, so that we are not left with the state doing licenses and the city in a place of responding to that.”

As with the recent discussion of short term rental units, the options to set a moratorium, or ban, or regulate all found their pros and cons.

City Manager John Nachbar stated “This is such an uncharted area of law, we really don’t have a precedent. It’s illegal under federal law, but states are legalizing it, and most importantly we don’t know what the policy of the new federal administration will be.”  He felt that the best advice that had been offered so far was “Don’t approve any more businesses than you can audit.”  Because of the federal rules against marijuana, banks will not do business with growers or dispensaries, therefore  “It’s an all cash business.”

Comments on the agenda item had former Mayor Jozelle Smith speaking from the audience of her appointment to a state committee on marijuana several decades ago, and  “listening to all the Police Chiefs,  under Governors Wilson and Dukemejian, they were saying we wish marijuana was legal, so we could use our resources to pursue actual crimes.”

Freddy Sayesh spoke of the city of Adelanto using legalization as a means to economic growth, and Jose Casarez noted that “Los Angeles is looking at 100 million in revenue this year.”

Council member Goran Eriksson said “I need to get input from several city departments. If we end up being a magnet for a certain type of business, let’s be intentional about it and not unintentional.”

Council member Meghan Sahli-Wells was able to offer insights and advice from administrators in Denver, Colorado, where marijuana has been legal for several years. “I’m not interested in prohibiting it, but my primary concern is that it is safe and regulated, and we don’t drive it underground. We need to tax appropriately and not exorbitantly.”

“What I learned in Denver was don’t create a district,  because then it’s a challenge for residents and other kinds of businesses. Think about the production facilities, the warehouses; this may or may not be limited to retail storefronts.

“And as more states legalize, the income will not be constant, so you need to make sure the fees you are charging covers the cost, and that it is safe. It took the Denver City Council a full year to come up with their regulations.”

Nachbar wearily conceded, “We may need to consider a moratorium. This is a lot of work to take on, and we need to position ourselves.”

Council member Jeff Cooper offered  “I’m supporting, but I’d like to see the planning commission get involved. We can still do this in a timely, carefully orchestrated manner.”

City staff will update the council at a later date.