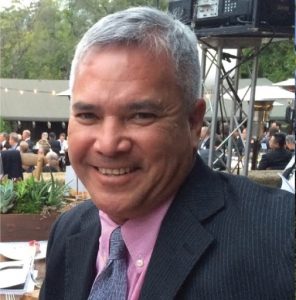 Council Member Thomas Aujero Small was recently appointed to a one-year term on the League of California Cities’ Housing, Community and Economic Development Policy committee. He attended his first Committee meeting on January 19th. This League Policy committee, which is integral to the League’s Policy making process, reviews issues related to general plans and zoning, housing, rent control, the Subdivision Map Act, residential care facilities, other land use regulations, development fees (including school fee adequacy), annexation and incorporation policy, development agreements, building standards (including seismic safety standards), economic development policy (including enterprise zones), military base closure and reuse, mobile home regulation, and sign regulation. The principle behind the policies reviewed by this Committee is to foster local control of community planning decisions as they relate to land use and economic development.

“I’m looking forward to serving on the League’s HCED Policy Committee. Culver City is a prime example of a community which is striving to balance the goals of creating affordable housing and jobs, while maintaining a healthy economy. Our land use concerns remain a top priority, as we anticipate the City’s future General Plan update. I hope that by becoming more engaged on these issues at the state level, I will be able to better connect Culver City with our legislators and fellow communities throughout the state,” said Council Member Small. Council Member Small was appointed by Wayne Lee of Milbrae, League of California Cities’ Asian Pacific Islander Caucus President, and he joins Chair Jack Hadjinian, representing the City of Montebello and Vice Chair Ed Spriggs, representing the City of Imperial Beach. “These meetings provide an opportunity for city officials to learn about statewide proposals affecting California cities and have their voices heard by the League and translated into direct advocacy efforts,” said League Executive Director Carolyn Coleman.

There are seven standing League policy committees including Community Services, Governance, Transparency and Labor Relations, Environmental Quality, Housing, Community and Economic Development, Public Safety, Revenue and Taxation, and Transportation, Communications, and Public Works. These committees evaluate proposed legislation as it relates to existing policy and make recommendations for legislation where the League currently does not have policy. Each League Policy committee includes elected officials from throughout California.

The League’s policy-making process allows the issues facing California cities to be debated and the organization’s policy directions to be established. Close to 400 city officials serve on the League’s policy committees and add their collective expertise, wisdom and opinions to the policy debate that is the foundation of League policy. The recommendations from the policy committee are forwarded to the League Board of Directors.

Established in 1898, the League of California Cities is a nonprofit statewide association that advocates for cities with the state and federal governments and provides education and training services to elected and appointed city officials.