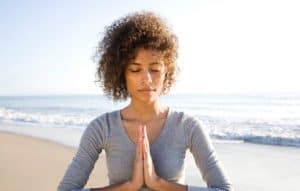 More of Los Angeles County’s women now have medical insurance, are employed, don’t smoke and are less likely to die of breast cancer or heart disease, according to a report released Wednesday. But an increased number also live in poverty, are homeless and have difficulty accessing health care.

The concluding message behind the data compiled in a triennial report by the Los Angeles County Department of Public Health is that while many gains have been made for women in the last several years, some challenges remain, including in education, wages and domestic violence, among other factors.

All have an effect on women and their health in Los Angeles County, officials said during a news conference in downtown Los Angeles.

In many ways, women in L.A. County fare better than their national and statewide counterparts. But a closer look into the county’s ethnic communities reveals that a solution for one group may not work for others.

“About a quarter of our women don’t complete highs school, and that sets them up to be obese or have diabetes and have chronic conditions compared to those with higher education,” said Cynthia Harding of the public health department. “The importance of this report it is it highlights some of these inequities across our county, even though we’re seeing gains in the health of women.”

For example, black women in L.A. County face challenges that impact their health, such as a higher level of poverty, unemployment, discrimination and trauma from living in unsafe neighborhoods.

Among Latina women, 14 percent have no medical insurance.

Asian women have the longest life expectancy among all races but are less likely to access health care or to have had mammograms in the last two years compared with women from other groups.

White women have high rates of high school and college graduation, the highest median employment earnings and lowest poverty rates but have the highest rates of depression, suicide mortality and Alzheimer’s disease.

For the first time, the study examined American Indian/Alaskan Native women and found they were more likely to have higher rates of obesity and coronary heart disease and diabetes compared with those in other groups.

“They are also more likely to report their health as being fair or poor, smoke cigarettes and seriously think about committing suicide,” according to the study.

“There are a couple of places where the data are sobering,” said Dr. Barbara Ferrer, the newly appointed director for the Los Angeles County Department of Public Health.

At least one in four black and white women experience physical and/or sexual violence by a partner, for example, more so than Latinas and Asians.

“I think we need to place attention in the number of women experiencing violence,” Ferrer added. “You have the highest rates across the board. This has a detrimental effect on women and their families.”

• Homelessness among L.A. County’s women increased in the last several years. More than 14,000 women were homeless in 2016, much of it as a result of a lack of affordable housing.

• 53 percent of women in Los Angeles County live below an annual income of $23,760 or 200 percent below the federal poverty line.

• The rate of colorectal cancer screenings among women 50 to 74 years old remains below the Healthy People target of 71 percent.

That more have health coverage is promising, health officials said, but Latinas, African-American and Asian women continue to struggle with accessing that care for multiple reasons, including transportation, navigating the health system, and finding physicians and health care workers who understand the nuances of different cultures, leaders in women’s health said.

But it’s even more complex for African-American women, who make up 9 percent of Los Angeles County’s population, but suffer from the highest poverty rate and are more likely to be homeless, said Sonya Young Aadam, chief executive officer for the California Black Women’s Health Project.

“In L.A. County, one size doesn’t fit all,” said Melinda Cordero-Bargaza, associate director for Vision y Compromiso, an organization that trains promotoras, or health promoters, to work in the community.

“But there’s an opportunity for all these community partners to come together,” she added.

At Valley Community Healthcare in North Hollywood, chief medical officer Dr. Roger Peeks said he has seen a vast improvement in the number of women who have health coverage. But he acknowledges that access can be still be an issue.

Still, he noted the Affordable Care Act’s emphasis on preventative care means that he’s seeing patients with diabetes and high blood pressure come to the center more frequently, and fewer of them are in crisis.

“We’re doing a lot to decrease the no-show rate” among patients, Peeks said.

In December, Los Angeles County Supervisors Hilda Solis and Sheila Kuehl authored and passed a five-year Initiative on Women and Girls that looks at education, employment and health.