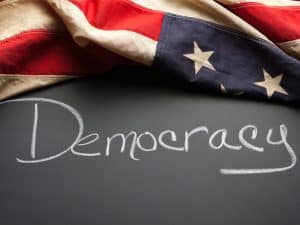 According to Culver City Mayor Jim B. Clarke, who will serve as Convener for the meeting, “All registered Democrats who reside in the 54th Assembly District, are eligible to participate and to vote for delegates.”

The Assembly District Election Meeting delegates are roughly one-third of the governing body of the California Democratic Party which is also known as the Democratic State Central Committee (DSCC). The DSCC is made up of approximately 3,200 members. Together these delegates vote and conduct business at the yearly State Conventions, including the elections of CDP Officers, the election of up to 25 State Party Regional Directors, CA Democratic Party legislative endorsements, ballot propositions, CDP Resolutions and the California State Party Platform.

The 54th Assembly District will elect 14 people (seven women and seven men) to be members of the Democratic State Central Committee Delegation for the 2017- 2019 term. These 14 people will represent their Assembly District for both the 2017 and 2018 State Conventions.