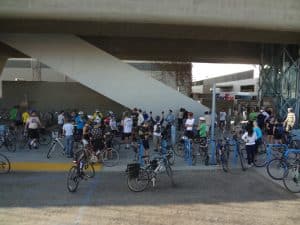 The California state legislature came back into session on Monday, December 5, and wasted no time in introducing new legislation on a variety of issues, including transportation funding. The “California Rebuild” package was introduced in the State Senate and includes new funding for transportation, housing, water, and parks through five separate bills.

Senate Bill 1 (SB 1), the Transportation Infrastructure and Economic Investment Act, proposes to spend $6 billion annually on transportation projects. Revenue would be raised through several mechanisms, including increases to the gas tax, excise taxes, vehicle registration fees, and truck weight fees. Funding would be split 50/50 between state and local agencies. The proposal has a companion bill in the Assembly, AB 1, with similar language.

The proposal largely mirrors the proposal from the transportation special session (SBx1-1 and ABx1-26), which ended with no deal in late November. It appears that when time ran out on the special session, legislators decided to resurrect the proposal right away in the next session.

On the positive side, the Active Transportation Program (ATP) would receive an additional $80 million annually, and potentially another $70 million through Caltrans efficiency improvements. This would more than double the annual amount available in the ATP, which remains heavily oversubscribed (see our latest ATP post for the latest on that). Read more about our concerns with the proposal and other bills here.