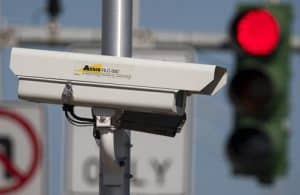 Red light cameras are controversial, and the city likes them. They like them so much, they are going to install more of them. They are controversial for a number of reasons; first, they are expensive. Getting your picture taken while running a red is $480. The current controversy has to do with ‘rolling right on red’ which will also get a flash and a ticket.

Jim Lissner of Hermosa Beach came to address the meeting, and noted that as many as two-thirds of the new tickets could be from rolling right turns. “If you want people to drive and shop in Culver City, don’t add in more cameras.” Ken Mand spoke to the red light cameras at the intersections at Helms and Washington, and at “Washington and National situation that is currently in flux.”  Liz Kinnon was the last of the three speakers to hang on for a public hearing that began after midnight. She noted that she’d been on the other side of the fence “If you don’t want a red light ticket, don’t run a red light.” Recently, she had changed her mind. “It’s pretty clear that this is about revenue, not about safety. My son is working hard at a minimum wage job, and getting a $480 ticket for a rolling red? The punishment does not fit the crime.”

Police Chief Scott Bixby rebutted the objections, saying “We have no way to track the numbers [on Culver City residents versus Los Angeles residents] on who gets the tickets…Whether the ticket is written by an officer or a machine, the fine is the same. [Cameras] may have a psychological effect on motorists, but we have no way of knowing. We don’t have a collision problem [at Washington and National] ….but we do have a red light violation problem. We have not shortened our yellow lights. As many as 44% of red light tickets are rejected – we don’t issue them.  So that’s 117 million cars per year go through these intersections, and we give about 40,000 tickets.”

Council member Small asked Bixby to confirm again that it was not about revenue. “The state sets the fine of $480 – [the amount that comes] to the city is $155,” Bixby confirmed.

Bixby also offered “There will be a 30 day grace period, and we will give warnings at the new lights, not citations.”

Five ayes, and the council passed the motion.