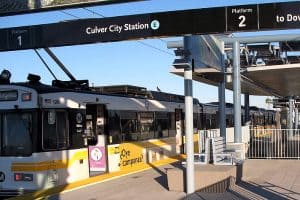 The FBI of Los Angeles, in partnership with the Los Angeles County Sheriff’s Department and other local law enforcement, has released the following updated information:

“Working with our law enforcement partners, the FBI has found no evidence that the threat made to the Los Angeles Metro Red Line is credible. Based on significant similarities, law enforcement partners also believe the anonymous caller may have, on a previous occasion, reported threats that did not materialize. The Joint Terrorism Task Force (JTTF) will continue to investigate to determine the identity of the caller and will continue to evaluate information developed from investigative efforts.

Any individual who knowingly provides false threat information to law enforcement, which can often result in a tactical response and the costly deployment of government resources, is subject to prosecution.

The Los Angeles County Sheriff’s Department and Los Angeles Police Department remain on a heightened state of awareness with increased directed patrol deployments where deemed necessary. Both agencies report that they have not experienced any significant problems or disruptions on the Los Angeles transit systems.

We continue to urge the public to remain vigilant and to report activity they consider to be suspicious to the FBI, or by dialing 911. In addition, the Los Angeles Police Department can be reached toll free at 1-800-A-THREAT (1-800-284-7328) or via the iWatch app at iWatchLA.org.