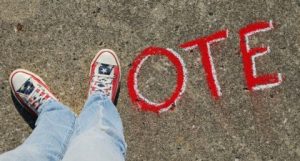 This will be a quick one. Culver City Measure CD seeks to eliminate the requirement which states “City Council shall hold meetings at least twice each month”. No one in Culver City has issued a formal “AGAINST” statement to this measure, and all five sitting councilmembers have issued a signed statement in favor of it.

The rigidity of having a compulsory two meetings per month limits the council’s ability to attend functions outside the confines of the city when they are in conflict with the council’s regularly scheduled meetings. These could be training sessions, meetings with neighboring municipalities, trips to Sacramento, meetings with other local agencies, or even times when multiple council members have vacations scheduled at the same time.

A YES vote on Measure CD would allow the City Council to hold less than two meetings in a month if deemed necessary.

A NO vote on Measure CD keeps the law as is, requiring City Council to hold at least two meetings per month.