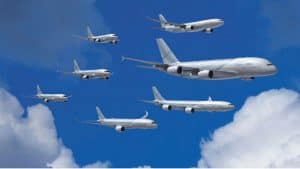 At its October 24, 2016 Council meeting, the City Council of the City of Culver City directed the City Attorney to file a lawsuit against the Federal Aviation Administration (FAA) related to aircraft overflights. The FAA recently issued an Environmental Assessment of its So Cal Metroplex changing flight path procedures.

Over the past several years, hundreds of Culver City residents have come to City Council meetings, and over a thousand complaints were submitted to the FAA and LAX, regarding serious concerns about current noise and pollution impacts of the aircraft overflights. Recently, 300 residents signed a petition submitted to the City Council, requesting that the Council take legal action against the FAA to protect them against further impacts from the So Cal Metroplex project.

The lawsuit will challenge the FAA’s Environmental Assessment (EA) and Finding of No Significant Impact and Record of Decision (FONSI/ROD) for the Southern California Metroplex (SoCal Metroplex) Project. The Project, a key component of the FAA’s Next Generation Air Transportation System (NextGen), redesigns the airspace in the Southern California region, affecting arrival and departure procedures for 21 airports, including LAX. As the responsible agency for implementation of the new procedures, the FAA proposes to replace dozens of existing conventional air traffic procedures with new satellite-based procedures. The result will be a change in procedures for flight paths, with resulting increases in noise, air pollution and other impacts on numerous communities throughout Southern California, including Culver City.

The City alleges that in its analysis of the EA, the FAA omitted significant aspects of the environmental review process and used incorrect models for certain analyses. This includes, but is not limited to, review of noise and air quality impacts, greenhouse gas emissions, and the cumulative impacts of the new procedures.

Culver City Mayor Jim B. Clarke stated, “The City believes there are significant errors in the SoCal Metroplex EA, which will result in further impacts to residents, who already have experienced an increase in noise and air pollution from planes flying at lower altitudes along narrowed flight paths. We invite other jurisdictions that are also impacted to join with us in our efforts, requesting the FAA to recognize that communities around the country are subject to these negative consequences. Our hope is the FAA will work with us and other communities to mitigate the serious impacts on our residents’ quality of life from these flight path changes.”

The City Council directed the City Attorney to file a Petition for Review in the United States Court of Appeals for the Ninth Circuit, by the filing deadline of October 28th. The Finding of No Significant Impact/ Record of Decision, as well as the Draft and Final Environmental Assessments, are available on the SoCal Metroplex project website at www.metroplexenvironmental.com/socal_metroplex/socal_introduction.html. For more information about the City’s efforts on this issue, please go to the City’s website.