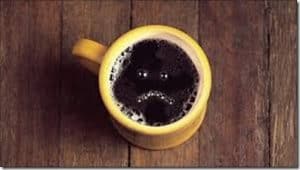 If you heard KCRW’s investigative reportage “Burned: Abuse in the Restaurant Industry,” you got some first rate journalism about problems you may walk past every day, not noticing or knowing they are there. If you are someone who loves the coffee at Geo Coffee at the corner of Culver and Inglewood, this may leave a bitter taste – they rated in the top 20 worst restaurants for wage theft.

From Karen Foshay at KCRW, “Walk into any restaurant in Los Angeles and you’ll likely read menus boasting of free-range meat, free-trade coffee and cruelty free poultry, allowing patrons to eat with a conscience. Some restaurants proudly show off their A grades from the health department as evidence of a clean kitchen. But nowhere do these establishments show their record of fairness to employees. Thus, there’s no easy way to track the bad actors accused of stealing paychecks, hiding injuries or abusing employees. The victims of abuse often don’t have the resources to fight back – when they do, some sink deeper into poverty, even homelessness.”

Wage theft claims filed against Geo’s total $85,198.00, and that is just what has been legally called to account. No other restaurant in Culver City was cited on the list, but that’s not to say no one else is exploiting their work force.

For the full story from KCRW and Karen Foshay, go to  curious.kcrw.com/2016/07/about-burned-abuse-in-las-restaurant-industry