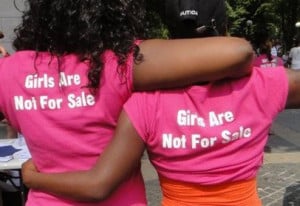 A person under the age of 18 will be treated as a victim of sex trafficking, entitled to treatment, rather than being charged with criminal prostitution if apprehended for commercial sex, under a proposed law that has passed the Assembly.

“When sex for pay with a minor is solicited or occurs, the law should charge the pimp, charge the so-called ‘john’, but help the child,” said State Senator Holly J. Mitchell (D-Los Angeles), author of the legislation, SB 1322. “California should do all it can to protect and provide services to under-age, sex trafficked victims instead of criminalizing them for acts they are driven to commit.”

In California no one under the age of 18 can legally consent to sex: Engaging in sex with a minor victim, knowingly or not, is statutory rape. Nonetheless state law currently allows the criminalization of victims of what has come to be called the “Commercial Sexual Exploitation of Children” (CSEC): such a victim can be detained in juvenile hall and prosecuted for prostitution.

SB 1322 will stop the criminalization of CSEC victims by decriminalizing prostitution charges for minors. Law enforcement would continue to make immediate report of any allegation of commercial sexual exploitation involving a minor to the county child welfare department, as required by current law. A commercially exploited child will be able to be placed under jurisdiction of the court and taken into custody if need be.

The proposed law was adopted on a floor vote of 41 to 27, and returns to the Senate for approval of amendments before going to the Governor to be signed into law.