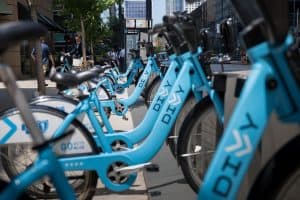 The train to Santa Monica, bike shares in Los Angeles – there’s a lot of good going on in the public transportation movement, and California’s Safe Routes to School is keeping an eye on legislation. The most important bill this past session has been AB 2796, which would create set-asides for non-infrastructure and planning within the ATP. That’s important for our long range planning, and what Culver City can do in the next three to five years.

The bill passed the Senate Transportation Committee 10-0 this Tuesday and now goes on suspense again. It will be heard in August by the Senate Appropriations Committee and then hopefully go to the Senate floor and on to the Governor.

Several important amendments were made, however. First, the overall set-aside was decreased from 15% to 10%, and the language now reads that at least 5% must go to planning. So, non-infrastructure would be guaranteed at least 5% of ATP funding instead of 10% (and projects that are combined with infrastructure can only count the portion that is non-infrastructure in this set-aside). Second, the bill would go into effect for Cycle 4 so it would not affect the current Cycle 3, even though the bill would be passed before those awards are given out (since the application window closed on June 15, this is meant to ensure fairness for those already submitted). Third, the bill now includes language that would allow grantees to start ATP projects early with local funds and be reimbursed by Caltrans with the ATP funds at a later date.

This is important for many local projects that agencies want to expedite before receipt of funding, which may be 2-3 years down the line the way the current ATP Cycles are being programmed.