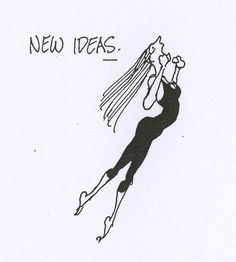 My son reported that his co-worker is a former student of mine from Culver City Middle School. She was in my class during my last year in the classroom after ten years as an English teacher and GATE Coordinator. Through the years, I taught 6th through 8th grade English, 8th grade Japanese, English Language Development, and a Multicultural Studies elective that I created. Shortly after I started in 2004, I learned how language could be taught more dynamically through integration of the arts: visual art, theater, music and dance. Thereafter I spent most years teaching the 7th grade English curriculum as if it were a celebration of both language and arts.

My son’s colleague told him, “When your mom left, there was this rumor that she’d gone off to join an interpretive dance troupe that raises awareness about genocide.” I laughed; I can totally see how a rumor like that could have circulated. I actually left for a position just across the parking lot with Culver City’s alternative education complex, which consists of Culver Park High School, the CCUSD IAcademy and Culver City Adult School. But when I reflect on what I did with my students during that 2013-2014 school year, I can imagine that they’d think I might have run off for an audition with the Alvin Ailey American Dance Theater.

For many of my years in the classroom, I had students demonstrating mastery of language arts standards through the subject of The Holocaust. This may sound crazy, but I did it because the subject of Jews always came up right in September or October when the district observed the “local holiday” of Yom Kippur. Knowledgeable as I was in the area of Jewish history, I found it a “teachable moment” to explain why Yom Kippur, why the Jews, why the day off.

When the district employees insensitively voted that they preferred to have an extra day before Thanksgiving break instead of Yom Kippur, Jews observing this solemn holiday that specifically proscribes not working had to take the day off as a “personal day.” I channeled my consternation at what felt like the removal of a liberty into not just a teachable moment, but a teachable unit of study. My annual attendance at Holocaust workshops offered by the United States Holocaust Memorial Museum provided me with the resources to do this.

I learned that the film, The Boy in Striped Pajamas was age-appropriate for the 7th grade, and I was given the tools to create an interactive, arts integrated, standards-based enriched Language Arts unit around the film, and the subject. Quoting the late Elie Wiesel, I emphasized the theme, “The opposite of love is not hate, it is indifference,” and double-teamed our anti-bullying program at the school by having the audacity to ask students not to be bystanders. The latter half of that school year was 2014, the twenty year anniversary of the Rwandan genocide. I created a unit of reading, writing, speaking and listening around Rwanda, and then followed the path from Africa to America with a unit on the Harlem Renaissance that had my student teacher’s LMU supervisor shedding tears of joy.

Part of the Harlem Renaissance unit involved learning dance moves that were developed during the swing years like the cakewalk and the jitterbug. Students learned the steps on YouTube and created routines to the song “Satin Doll” by Duke Ellington, all the while reading short stories and poetry by Langston Hughes and writing their own spoken word narratives to present individually, having drawn colorful stage backgrounds whilst listening to Wynton Marsalis describe Duke Ellington’s contributions to American Music. This all exploded into five culminating shows presented to parents and a selection of other classrooms. I shouldn’t say steroids – not a popular topic in K-12 education – but, the language arts AND arts standards I’ve mentioned got pumped up pretty heavily, and students remember what they learned in my class.

I started the year by having the students make ID cards that not only listed basic information like nickname, cell number and favorite things, but asked them which domain of art: music, dance, visual or theater they enjoyed most. Every student wrote something, and if there were a couple of students who could not, that was informative for me as well. Throughout the year, I often used the information to divide students into groupings; the arts interests sometimes mirror learning modalities. A person who likes music may be an aural and kinesthetic learner, so students that in that particular grouping may decide to read the audio version of a book and create a 3D model of the setting (think opening credits for Game of Thrones), for example.

The first thing I had the students read was an article from Sports Illustrated magazine that likened baseball to dance. I’d been given the largest classroom on campus just at the beginning of the year, complete with an open, elevated quarter of a classroom, which others have and had used for storage or decoration, but I used as a stage. Through the year, my students read works from authors including: Elie Wiesel, Edgar Allan Poe, John Steinbeck and Ray Bradbury. They were tasked with writing at least three paragraphs every single day of class, and they wrote longer essays periodically, and they increased their vocabulary through some of the tried-and-true acquisition techniques I have up my sleeve from having acquired and/or attempted to acquire several foreign languages.

I have written of my classroom antics before, but I was inspired to preach again when I heard that my reputation had followed itself right onto my son’s summer job site. Ultimately, I didn’t join an interpretive dance troupe, but I did switch to another position in the district that allows me more latitude to lead others in developing arts-integrated curriculum and instruction that allows students to demonstrate mastery through the arts whenever possible.