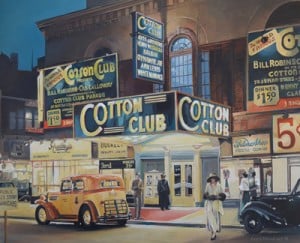 Black Talkies on Parade presents the 1984 musical The Cotton Club. Starring Richard Gere, Gregory Hines, and Diane Lane this underrated film tells the story of Harlem’s most popular jazz club in the 1930’s. Richard Gere plays musician Dixie Dwyer and Gregory Hines plays dancer Sandman Williams and despite their talents both men end up getting mixed up with the mob. The film’s high production value, with a large music, set, and costume budget contributes to the authentic look of this period piece. The Cotton Club was nominated for several Golden Globes and Academy Awards including Best Art Direction and Film Editing.