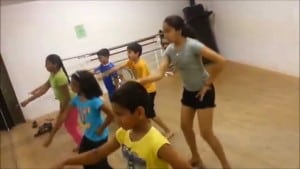 Walking into the small alcove office of the Culver City Parks and Recreation Department, I was pleasantly surprised to meet a friend, another woman with children in a similar age range. What Tanya Allan said did not surprise me at all. “I sure miss that brochure. When you could lay it all out on the table and look at it, it just seemed a lot easier. And I hate that website, it’s not at all customer friendly.”

The last ‘Culver City Living’ brochure was printed for the summer of 2010, and many feel that the PRCS programs have never recovered.

Long time karate instructor John Heyl weighed in, saying “We do the Facebook thing. We had a webpage for years. Our enrollment has been in steady decline since the change over from the print format.”

While there are endless example of the shift from print to internet, there is still controversy over almost every aspect. There are plenty of software programs that can tell you who is clicking in, what they can’t tell you is who is missing out. It is clear is that many classes have lost students, and that means that these programs are losing money.

Susy Porter, teacher of the popular children’s class “Sing, Dance & Play” has put the issue to both the Parks and Recreation Department and the City Council repeatedly. “I have been teaching with Parks & Rec since 2003. My enrollment has dropped drastically since the discontinuation of the brochure. When the brochure was sent to every Culver City resident, I filled six classes a week, at a rate of 10 to 16 kids per class. Without the brochure, I’m just doing one class; that’s heartbreaking! How many kids are missing this chance just because they don’t know about it? How can you sign your children up for something when you don’t know it exists? ” 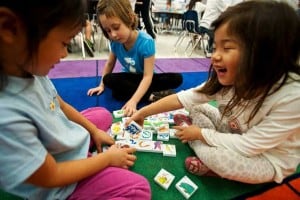 our culture, but old habits die slowly, and access is another issue that touches on both culture and class. How to connect?

Heyl noted that it’s that first connection that makes the difference.  “I think a good portion of our enrollment comes from word of mouth. Our current [karate] beginning class is a good example — a mom was making the rounds of the local programs, liked what we provide and enrolled her son and, within two weeks, several of his friends were coming as well. The problem is reaching the initial seed.”

Informal analysis seemed to show that more children’s classes were losing out than senior classes, possibly owing to the shape of the demographic more than anything else. An adult might take the same class every year for ten years or more; children will ‘age out’ of most programs in a far shorter time frame. When growing kids are not replaced with younger ones coming into the program, there’s a lot of open space.

Heyl accepts the current enrollment strategy, but mourns the loss. “The printed ‘Culver City Living’ seemed to be a friendlier, more easily used vehicle to inform Culver City residents of what PRCS had available — for us it did a better job of planting the seed that lead to more students than the online version.”

Porter remains frustrated. “How can you stay at a job that just continues to dwindle? How small can these classes get and even stay on the slate? And the big deal, for me, because I really love what I do, is how many kids in this community are missing out on something that we know is as basic and beneficial as music? Maybe they don’t have a computer at home, maybe they don’t have an English speaking parent, maybe just putting a piece of paper in the mailbox connects them to the whole world of Parks and Rec?”

Tanya Allen, mother of three, who works with vast amounts of technology and data in her career in health management, said “I just come down to the office and read the thing on the wall. I look online, but it’s too fragmented. It’s the only way I can search, schedule and sign them all up at the same time.”

The next piece in the series will present the perspective from inside the administration.