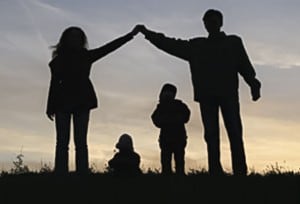 At a news conference this morning at the State Capitol building, State Senator Holly Mitchell made this statement ” I stand before you pleased that 2016 is the year we finally say good-bye to a rule that has been dubbed in the press as “California’s Worst Law.”

It’s also known as the Maximum Family Grant rule for CalWORKS families or the “MFG.”

Welfare restrictions such as the MFG are relics of a 1990s-era belief that women were deliberately having more babies just to rake in more benefits, contributing to the offensive and erroneous notion of the “welfare queen.”

Former Governor Pete Wilson was widely quoted, and criticized, as defending his cuts to welfare by saying that affected families would simply “have less for a six-pack of beer”—a quote which demonstrated he both bought into and perpetuated the stereotype of welfare recipients using their grants inappropriately.

What we know now, 20 years later, is that the MFG failed its stated goal of reducing children born out of wed-lock and instead it has only driven poor women and their children deeper into poverty.

Much more than the loss of a six-pack, California is at its highest poverty rate since the mid-1990s, the highest rate of children living in poverty nationally and a generation of children whose opportunities were lost because of this shameful policy.

The costs to society are incalculable. It seems Governor Wilson’s math was a bit off.

California is willfully and shamefully withholding aid to 134,900 of our poorest children based on this sham of a policy.

You’ve probably heard me say it before and I will say it again; our annual budget is a values statement.

For too long California children have been undervalued and given short shrift.

But today I am proud to stand with the Legislative Women’s Caucus to announce that we have begun chipping away at the injustices of the past and investing in our most precious resource, our children.

To quote last year’s Sacramento Bee, “Poverty is an intrinsically humiliating condition. And nobody rises from hardship by being humiliated some more.”

And yet that’s what we do routinely to our poor families with misguided policies and restrictions to critically-needed assistance.

Policies like the MFG act to undermine the CalWORKs program, the very program we created to protect children from slipping into extreme poverty.

The Maximum Family Grant is an antiquated policy based on a flawed hypothesis.

The woman who would have a baby for an additional $130 a month does not exist.

It’s a racist, classist, sexist policy whose time has passed.

I want to thank my colleagues in the Women’s Caucus for standing with me to push this issue, and the greater issue of families in poverty, to the forefront.

And I thank Governor Brown, Senate Pro Tem De Leon and Speaker Rendon, and the thousands of advocates for their leadership in making the repealing of this discriminatory rule a reality.