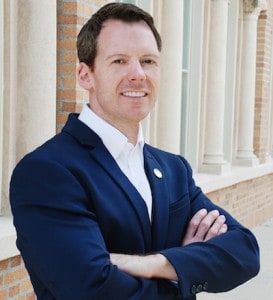 West Basin Water Director Scott Houston was recognized by Los Angeles-based Empowerment Congress whose Emerging Civic Leaders Committee celebrated a “40 under 40” list highlighting 40 change-makers under the age of 40 to watch.

Houston has lived in the District nearly two decades and has been an active leader in both his local community and the greater Los Angeles area. He previously served a four-year term on the City of El Segundo’s public works committee where he evaluated infrastructure and capital improvement projects for the City’s budget process. Prior to that, Director Houston was a host and reporter for the City’s cable channel covering local issues. He also serves on the Board of Directors of Tree Musketeers, a youth-led non-profit environmental organization that plants trees throughout El Segundo and develops the next generation of young leaders.