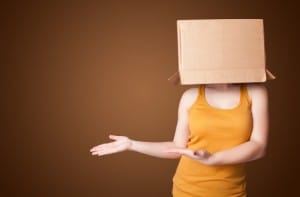 I was at a doctor’s appointment talking to one of the receptionists about weight. She mentioned that she had been doing Jenny Craig and had done very well, but now was stuck at her weight for about two months. I suggested she come see me at Weight Watchers. She said emphatically, “I don’t want to count Points. I don’t want to have to think!” I suggested our other no-counting plan, but she waived me off and defended her current diet that just tells her what to eat. I countered with, “Yes, but are you learning anything?”

Look, if someone is looking for a diet, programs that give you meals are easier. You don’t have to think. Much. Protein shakes are easier. Sort of. Of course you have to eat those foods and I don’t know how much suffering one can endure for a temporary plan. I think we can suffer a lot…Temporarily. Diets should scream ahead of their sexy marketing campaigns,
“This is a short term solution for a long term problem!”

What I know for sure is that yes, someone will lose weight temporarily, but if they have a weight issue, most of the time it is temporary until the person changes. And we have to change. And that requires thinking. Oh, and feeling. Ugh.

So I was fascinated with this idea of “I don’t want to have to think” as a justification for making any change. I know most of us are living lives of extreme “Overwhelm.” Why do we want to “think” about anything else? We don’t. But any change one truly wants to make, has to come with a large degree of thinking. And feeling. Ugh.

Have we become a society that simply gives up the possibility of permanent positive change? Doesn’t any temporary solution only offer a temporary avoidance of pain? How to acclimate our willingness to change, i.e, think, i.e. feel?

Often, people won’t actually feel much during the short-term diet, except the high that comes from having “achieved success” on their temporary plan. When the plan is over, when they go back to eating what they used to, they feel devastated because “this time it was supposed to work.” The illusion is that the short-term plan has to be endured so in the long term “my pain goes away finally.” Of course because beliefs and habits aren’t actually examined, any outward change does not sustain.

Those people that want to make sweeping all-or-nothing attitudinal changes, are willing to be in the process of change for short period of time. Oh sure, they’ll diet and exercise consistently, but only for awhile. They’ll work towards a Master’s degree, slaving away until 2:00am on exams, but then it’s over. At least with a degree, you have the piece of paper. With personal habits, it takes longer to make permanent changes. For most of us, making lifelong changes takes years.

The proverbial “change takes time” seems to go against our ADHD way of thinking in a society that now gets frustrated when our internet doesn’t work fast enough. If we don’t get our coffee at the coffee store within 3 minutes, if we can’t check out at the market expeditiously, if we don’t get results quick enough, then we are incensed that something would take so long. Why are we surprised by how long it takes to change?

We want to see quick change, and then when the period is over, we can go back. Back to what? The old way of eating, moving, feeling and thinking. Or not thinking.

So how does permanent change happen? We take small steps over a long, long period of time. We regularly evaluate the process. One time I had a member who said, “I want to make the least amount of change for the most amount of impact.” She went on to reflect, “If I don’t see an impact, I have to ‘up’ the amount of change.” I thought it was brilliant. It seemed so perfectly human.

Can you accept that time will pass anyway? So how you spend your time is what is of value. Instead of focusing on the end goal, why not focus on what is happening for you right now, in this time at this place? There is no end game. Today, right now, what do I feel? Is it stuck? Do I need to move something, anything to change the outcome? What do I need to learn, think and experience today? The moments fly by. Remain open to the possibility that with positive change, you can feel a sense of peace. No short term diet will give you that.