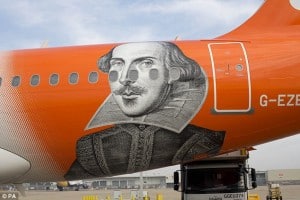 I was settling into my seat on the flight back from Sacramento, and noticed that the man sitting next to me was reading Shakespeare’s As You Like It. “There’s a great production of ‘The Tempest‘ at the Odyssey if you have time while you are in town,” I offered, thinking I’d discovered a kindred Bard-lover.  His response was more than amusing. “I’m not a huge Shakespeare fan. I’m just trying to think about anything but politics.”

Any flight out of Sacramento is a transitional twelve-step meeting for people attempting to move back towards normal life, but it’s an election year, and non-political conversations are hard to find. As soon as someone else on the plane mentioned that so and so had failed to file by the deadline, and the race would be only two candidates, my play-reading seatmate was into it like a hungry child inhaling the aroma of baking cookies.

In our own council race, the vote-by-mail ballots have arrived, and the growing segment of the electorate that likes to mail it in will have done that. These are the numbers we see as soon as the polls close on April 12, the ballots already counted.

While we did not bypass our local tradition of calling into question everyone’s endorsement process, I’d like to remind you that everyone who cares who is endorsing who already had a seat on the plane. The voters who are not members of your group, club, union, or chamber don’t actually pay much attention to your group, club, union or chamber. At all.

I know, it’s politics, but I’m saddened and slightly chagrined every time we break out into the Capulets and the Montagues. Yes, some of the Capulets have a litany of victimology that’s almost insufferable, and some of the Montagues have a sense of privilege so large that it borders on imperialism. But not all of them. Most of the candidates – be they Capulet or Montague – got into this for the somewhat altruistic reason of making Culver City a better place. It’s not completely altruistic – they live here too.

Now that all the ‘already decided’ have voted, it’s time for the council candidates to get their real game on. Get the people who have never voted in a city council election interested. Get the registered but reluctant to tune into the dialogue.  Drop all your affiliations and long standing connections – remember, those folks voted already – and reach out to the people most likely to be affected by flight patterns, building codes, traffic problems and not the ancient feuds of old men.