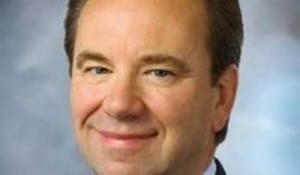 It’s the bi-weekly report from Culver City’s manager, Mr. John Nachbar. All the latest details from Parks & Recreation, the Fire Dept, Community Development and much more.

Through the Culver City Counts campaign, the City Clerk’s Office is striving to boost voter turnout and increase voter knowledge about the election process. Look for Birdee to show up throughout the City, via social media, interior bus signage, posters, and – who knows where else!

• Washington-Centinela Market Hall Project – The City held a courtesy meeting with residents of Colonial Avenue on January 12th at Culver West Alexander Park to discuss potential impacts resulting from the proposed Market Hall project. The City is reviewing the latest preliminary designs for the Project. The City is now working on a Disposition and Development Agreement with the Developer, Regency Centers. The City expects the entitlements process to be completed by April 4th and for construction to begin by the end of 2016.
• Hayden Tract Spur Project – The project design was completed by the City’s engineering firm. The City met with the Hayden Tract Owners Association (HTOA) and the civil engineering design team on January 20th to review the project design, which was approved by the property owners. On February 3rd, the City conducted a walkthrough with the HTOA’s representatives and the engineers to identify final plan revisions, prior to submitting the design for City Council consideration. Subsequently, on February 8th, the City Council approved the plans and specifications and authorized the publication of a Notice Inviting Bids for the Project.
• Baldwin Site / Axis-Mundi Project – The City is exploring options for the inclusion of an affordable housing component in this project.
• Los Angeles Film Festival – Staff had a conference call with Los Angeles Film Festival personnel to explore possible venues for the Festival in June 2016.
• Downtown Vacancies – The property owner of 9343 Culver Boulevard has submitted plans to improve the approximately 4,000 square feet restaurant space and has identified prospective tenants.
• Engage LA – TALK NYC, hosted its Annual Engage LA Digital Storytelling Conference for the second year in Culver City on February 3rd at the Kirk Douglas Theatre. ENGAGE LA is an in-depth look at how the digital age is evolving and transforming storytelling.
• 2016 Homeless Count – The 2016 Homeless Count was conducted on January 27th. A total of 55 volunteer enumerators were deployed from the Culver City Senior Center. Teams were assembled from Temple Akiba, the Downtown Business Association, the Wende Museum, the Chamber of Commerce and Grace Lutheran Church. Council Member Jim B. Clarke also served as an enumerator. Tito’s Tacos, Tub’s Fine Chili, Starbucks Coffee, Sorrento Market, and Copenhagen Bakery donated refreshments.
• Globe Avenue Affordable/Workforce Housing Project – Housing staff is working with the Developer, Habitat for Humanity, to organize community meetings to discuss the design of this project.
• Tilden Terrace Mixed Use/Commercial Tenants – The Tilden Terrace Leasing Agent announced that two new businesses, a sushi restaurant and a physical therapy office, will soon occupy the commercial space at the Tilden Terrace mixed-use project. McComb Orthodontics currently is leasing one of the commercial spaces, and negotiations are underway with several other potential tenants. The apartments are completely leased.
• Washington-Centinela Project – The Project is moving forward with entitlements with the Developer, Regency Centers and Carlin Companies. The City expects the entitlements process to be completed by April 4th and for construction to commence by the end of 2016.
• Homeless Individuals/El Niño – Housing, Code Enforcement, Culver City Police, Culver City Fire, Public Works and the Saint Joseph Center Homeless Outreach Team have developed a plan to work collaboratively in assisting homeless individuals during the El Niño Storms. The main focus is to assist homeless individuals in finding shelter before it starts to rain. The Culver City Police Department, working with the Saint Joseph Center Homeless Outreach Team, has started to engage homeless individuals by informing them of the locations of shelters and services. Signs providing information on shelter locations on the Westside and Los Angeles have been posted at the Housing Division Office, all Fire Stations, the Police Department, all parks, Veterans Memorial building, the Senior Center, and at the Wende Museum.
• Community Development Block Grant (CDBG) – The City submitted Fiscal Year 2016/2017 planning and activity documents to CDBG administrators as part of the process to prepare documents and reimbursable contracts with Los Angeles County for CDBG funding.

• Culver City Website Redesigned – In January, the City’s new website was launched with a resigned look and streamlined navigation making it easier for users to quickly find their desired information. The new website is also fully compatible for viewing on mobile devices and will soon provide additional online services. If you would like to provide feedback or comments regarding the new website – please email us at [email protected]

• The Culver City Senior Center Chinese New Year Celebration – The Senior Center Nutrition staff celebrated the Chinese New Year with our participants on Monday, February 8th. Staff designed special placemats that discussed the attributes of each of the Chinese Zodiac symbols and added fortune cookies to the menu for the day. They are also celebrating Presidents’ Day with a special menu that includes hamburgers and cherry pie. Photo: zazzle.com

• The Culver City Senior Center and Symantec – The partnership between Symantec and the Culver City Senior Center enters its 9th year this year. In January, Symantec volunteers helped a record number of 50 seniors on a one-on-one basis with their technology questions. Some of the Senior Center Members’ comments include: “Thank you, thank you for helping me with my phone!” “The volunteer was very nice, took time with me, gave me understandable instructions, answered all my questions and above all, did not talk down to me!” “Symantec, the help I received is so appreciated. Now I can use my cell phone!” “The volunteer was so patient and a great teacher,” “Thank you to Symantec for providing such nice volunteers.”

• Senior & Social Services Nutrition Program – March is National Nutrition Month, and the staff in the Senior & Social Services Nutrition Program are gearing up with informational classes, seminars and instructional handouts. Cooking classes will be offered on March 4th and March 25th at 1:30 pm to help people better plan healthier eating habits. A registered dietician will be available on March 7th for anyone to ask questions concerning dietary needs.

On March 30th, there will be a special presentation at the Teen Center for children enrolled in camp, focusing on healthy eating and portion control. Throughout the month, informational flyers and worksheets will be handed out to all seniors during the Senior Nutrition Program, providing information on making healthier choices.

• Culver City After School Recreation Program – All Culver City Unified School District Schools and Culver City After Recreation School Programs will be closed on Monday, February 15th for Presidents’ Day. Beginning on Tuesday, February 16th and throughout the week, all CCARP sites will celebrate all U.S. Presidents, from George Washington to Barack Obama; learn about the accomplishments of America’s presidents; and participate in arts, crafts and drawing in recognition of those who have served as Commanders-in-Chief.
• The National College Resource Foundation Sponsors the Black College Expo at the LA Convention Center- On February 6th, Lieutenant Mike Shank, Lieutenant Aubrey Kellum, Sergeant William Jackson, and Officer Terry Murphy hosted a recruitment booth to help find qualified candidates who are interested in a career in law enforcement after college. Culver City Police Department personnel joined many other law enforcement agencies that participated in this event. The event was successful and well attended.

• Reserve Officer Dave Gushansky Retires After 21 years of service to the Culver City Police Department – Dave was instrumental in the City’s taxi-cab drivers permit process and contributed many volunteer hours in the community at special events. Thank you Dave!

• Culver City Signs Stormwater Grant Agreement – The City executed an agreement with the County of Los Angeles for a $767,136 grant for the Culver City-Costco Infiltration System Project. This award was approved by the Los Angeles County Board of Supervisors through the 2015 Countywide Competitive Grant Program. This regional project will capture, treat, filter, and infiltrate urban runoff and stormwater from a drainage area of approximately 42 acres. This project will also enable the City to achieve complete compliance with the Municipal Separate Storm Sewer System (MS4) permit for the portion of the Marina del Rey watershed within our city limits.

• Sustainability Community Input Survey – The City of Culver City is conducting a community survey to obtain input on future topics for possible discussion by the Sustainability Subcommittee of the City Council. The survey is available online at: www.surveymonkey.com/r/SustainableCulverCity
Hard copies will be available at the City Hall 2nd Floor Engineering Counter until March 28, 2016*.

*Participants of the survey will be entered into a raffle for a FREE Rain Barrel.

1. Southern California Gas Company is working in the following areas:

• Sawtelle Boulevard between Culver Boulevard and Washington Boulevard installing new pipe to replace the existing gas main. Traffic control is set up between 9:00 am and 3:00 pm.

• Higuera Street between Hayden Avenue and Lucerne Avenue installing new pipe to replace the existing gas main. Working hours are from 8:00 am to 5:00 pm; traffic control is set up.

2. Golden State Water Company is working on Orville Street, Janisann Avenue, and McDonald Street on the east and west side of Sawtelle Boulevard installing pipe to replace the existing water main.
Working hours are from 8:00 am to 5:00 pm. Traffic control is set up to delineate around the ongoing construction.

3. Southern California Edison will be trenching along the parking lot of Veterans Park and on Culver Boulevard, between Elenda Street and Keystone Avenue, installing new conduit and pulling cable into the existing Substation. This work will affect traffic on eastbound and westbound Culver Boulevard, and on northbound and southbound Overland Avenue. To minimize traffic impacts and complete the work sooner, some night and weekend work will occur. Changeable message signs will be installed to alert motorists of the work. Daytime lane closure hours are from 9:00 am to 3:00 pm. This project is slated to be completed in May 2016. Future updates will be provided with specific lane closures.