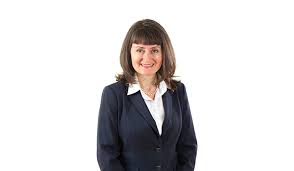 The impressive list of people and organizations endorsing Meghan Sahli-Wells’ re-election to the Culver City Council continues growing with each passing week as candidates enter the final two months of the campaign.

Sahli-Wells has already received endorsements from the Sierra Club and the LA League of Conservation Voters, which also endorsed her original bid for City Council in 2012. Both organizations continue to be impressed by Sahli-Wells’ consistent environmental record.

“Meghan Sahli-Wells has shown true leadership in her four years on the City Council,” said Congressmember Bass. “I have had the pleasure of working with her on important issues affecting the health and wellbeing of our constituents, and I look forward to continued collaboration in the future.”

The campaign also received an endorsement from the National Women’s Political Caucus (NWPC) LA-Westside Chapter, which supported her 2012 candidacy, and honored Sahli-Wells as a “Remarkable Woman of 2011” at its NWPC awards gala, alongside Senator Holly Mitchell, Attorney General Kamala Harris and others.

Sahli-Wells’ candidacy got a jump-start at a very successful kick-off event in December, with over 100 people attending the campaign launch at the home of supporters Bonnie & Matt Seeberger. Her first fundraiser was also a great success, with over 80 attendees, who were treated to inspiring speeches by Chris Wilde, the grandson of Culver City Founder Harry Culver, as well as veteran arts advocate Keith Jeffries, School Board member Dr. Kelly Kent, and others.