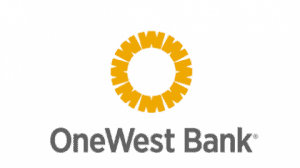 One West Bank at Jefferson and Overland (Raintree Plaza) was robbed at 9 am on the morning of Jan. 21, 2016 by four suspects. Although shots were fired, no one was hurt, and Culver City Police were on hand almost immediately.

Both El Rincon and El Marino schools were on limited lockdown all day, meaning that all outdoor activities were curtailed, and students continued the day indoors.

As of 11:30 am, one suspect had been arrested and a second detained. Two  suspects are still being pursued in the area south of the Studio Village Shopping Center, and a house to house search has worked though several streets.

Mrs. Katz, the office administrator at El Marino offered, “The kids are doing great. They have all been very cool, they got to watch a movie during lunch, and they are just fine.”

El Marino sent out a statement that they would have a normal dismissal and that afterschool programs would proceed as usual.

As of 4;45 pm, El Rincon was officially released from locked down, however most students had already been released individually to their parents through the afternoon.

Two remaining suspects were apprehended on Jan. 22 according to the CCPD.