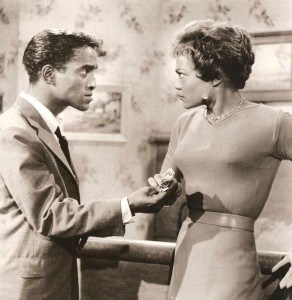 In Celebration of Eartha Kitt’s birthday this month, Black Talkies on Parade presents the 1958 rarely screened film Anna Lucasta. Playing on January 23 at 4 pm, the film shows Eartha Kitt as the sultry Anna, who was kicked out of her family’s house at the age of 19. Later, Anna’s greedy family tries to set her up in an arranged marriage, but it’s too late, she’s fallen for a street wise sailor played by Sammy Davis Jr. The film contains a swinging soundtrack by Elmer Berstein and includes a breathtaking Mambo scene between Kitt and Davis. Based on a Broadway play by Phillip Yordan, Anna Lucasta is a film not to be missed.

Your afternoon host will be Lloyd Clayton, Executive Director. Following the screening there will be a Q&A with our resident film historian Les Wills.