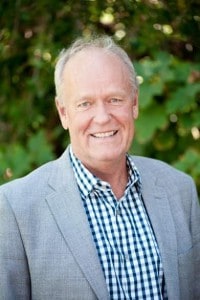 Scott Wyant has lived in Culver City with his wife Leslie for 26 years. They chose our city because they found the level of community connection and safety to be unparalleled. Their daughter, Molly, attended the city’s wonderful public schools, and they have remained deeply involved in city affairs. Scott is finishing his second term on the Planning Commission, where he has served with distinction for seven years. Scott has been a watchdog on the Commission, ensuring that changes in the city are thoroughly vetted before being enacted. Scott has widespread support, carrying the endorsements of a majority of the current City Council including councilmembers Andy Weissman, Jim Clarke and Jeff Cooper. He also enjoys the support of six current and former colleagues on the Planning Commission.
Scott decided to run for City Council because he knows through extensive experience how the city works, and he knows what is going to make the city even greater in the future. “Growth with heart” is the catch phrase Scott likes to use on the campaign trail, stating, “Culver City has been a great place to raise a family and develop a successful and rewarding career. I want to ensure that the city remains a place of close community, where leaders, citizens and businesses work together towards a bright future.”
Scott has been the principal of his own company, Scott Wyant Information Systems Analysis and Design since 2004, bringing technology, people and business together for the 21st century.
Scott has also served on the Board of Directors at the Culver City Education Foundation. It was there that he developed a deeper understanding of the educational system in Culver City, and its critical importance to our children’s future success.
Having served on the Culver City Chamber of Commerce Board of Directors since 2007, Scott continues to provide his knowledge and skills in multiple areas. For the past two years, Scott has been serving as the Government Relations Chair. He is also the founding Chair of the Transportation Task Force, which is partnering with the City to find ways to streamline and improve transportation for business employees, customers, and suppliers. In that same role, he joined a delegation that met early in October with Congresswoman Karen Bass to relay concerns that LAX overflights were hurting local businesses, schools, and real estate values. Scott served as a Vice President of the Chamber from 2008-2013, founding Chair of the Sustainability Committee for two years, and Education Committee Chair for two years. As a member of the Chamber, Scott has long advocated for residents to “buy locally, not online” Most importantly, Scott believes that small local businesses fuel the progress that Culver City has enjoyed over the years, and is dedicated to their betterment.
A technology wonk, Scott provided his services to IndieCade serving as Technical Chair for their first three years in operation, and was critical to the local establishment of the festival.
Founding member and elected secretary of the Culver City Bicycle and Pedestrian Master Plan Citizens Advisory Committee in 2011, Scott advocated for casual bikers and pedestrians. Scott has a long history of supporting environmentally friendly and traffic easing modes of transportation.
Scott earned his Master’s degree from UCLA in Information Systems and Analysis Design and he earned his Bachelor’s degree from UC Irvine in Comparative Culture. Scott is also fluent in Spanish having lived in Mexico and Guatemala for a year and a half with his wife.