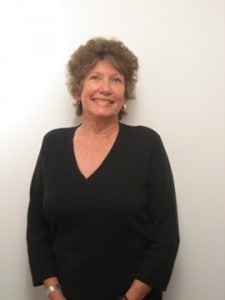 The Culver City Rock & Mineral Club invites you to join them at their monthly meeting this Monday night, November 9th, to hear Steve Hardinger speak on Basic Chemistry for the Mineral Collector – With knowledge comes appreciation.” In this talk Steve will cover some very basic chemistry that every mineral collector should know. He will touch on topics such as color, radioactivity, and fluorescence. Dr. Hardinger is a Senior Lecturer in Organic Chemistry at UCLA. He has been a mineral dealer for over ten years (owner of Dragon Minerals), and a collector of minerals since 1976. His collecting passions include gypsum associated with other minerals and pegmatite minerals (especially from Southern California). Visit him at www.dragon-minerals.com. The CCR& MC meeting starts at 7:30 p.m. with their annual election, followed by Dr. Hardinger’s program. The meeting is held at the Veterans’ Memorial Building’s Multiple Purpose Room, 4117 Overland Avenue (enter from the rear door). Refreshments are available and guests are always welcome!

George Barris, the car designer who created the 1966 Batmobile for the Batman television series died last week at the age of 89. George was a familiar sight in Culver City at the Exchange Club’s annual “George Barris’ Cruisin’ Back to the 50’s” Car Show. Early on the popularity of his cars caught the eye of Hollywood, and his first film assignments included work on cars for Alfred Hitchcock’s North by Northwest, 1958’s High School Confidential and 1960’s The Time Machine. His biggest impact occurred when ABC asked him to create a signature vehicle for Batman, followed by cars for Mannix, The Beverly Hillbillies, Knight Rider and designing the Munster Koach for The Munsters, among others. Barris passed away peacefully in his sleep.

Feel like “paying it forward?” As we get closer to the holiday season, there are several local organizations in need of volunteers. Check out the Big Sunday Holiday List at theholidaylist.bigsunday.org/ and search “Culver City” to fund local giving opportunities. Toy drives, sing-alongs and Thanksgiving meals are all on the list currently, so check it out and start making your holiday “give back” plans now. For questions, please contact Jill Thomsen or 310-253-6722 or by email at [email protected].
The Culver City Sister City Committee has gotten in the swing of fundraising in a contemporary way with the establishment of a CCSCC Gofundme campaign designated to raise funds to help with the cost of hosting eight students and three chaperones from Iksan, South Korea this summer. There is a group of wonderful volunteers on the CCSCC Board who donate their time and energy to continue delivering a wonderful program of Cultural Exchanges for the youths of Culver City, but additional funds will help to expand the activities of the visitors from our sister city of Iksan. CCSC President Sonia Karroum and Vice President Nancy Perdomo Browning are asking for your donation, in any amount, to help with the cost of hosting the students and their chaperones during their visit to Culver City. You can make a secure donation via their Gofundme campaign site and share the link with your friends and family. Go to www.gofundme.com/9rfqb0

You can’t prove it by this vegetarian, but according to Thrillist/Los Angeles, a panel of ultra-esteemed food writers agreed Honey’s Kettle Fried Chicken took first place in the list of the top twenty fried chicken restaurants in Los Angeles. It wasn’t even a close race: this Culver City soul food standby took the top spot handily, one judge (Jason Kessler, of FlyAndDine.com.said, “If anybody tells you that Honey’s Kettle isn’t the best fried chicken in all of LA, then you can immediately discount their opinion on everything else. It’s the perfect batter fried to the perfect temperature with the perfect crunch.” In case you haven’t yet visited Honey’s, it’s smack-dab in the middle of Downtown Culver City’s Restaurant Row, 9537 Culver Blvd.
And speaking of restaurants, LA Times restaurant critic Jonathan Gold published his “101 Best Restaurants of 2015” last week, and Lukshon (in the Helms complex) placed 9th! Others so nearby they’re practically in Culver City are Mayura, at Motor and Venice, and n/naka on Overland in Palms.

Happy Birthday greetings go out this week to Shirley Miyamoto, Alida Brundo, Debbie Jacobowitz, Virgie Eskridge, Randal Rhodes, Rose Klapman, and Gary Mitchell. If you’d like your (or a friend or relative’s birthday) mentioned here, just let us know at [email protected] and we’ll be happy to post it!

We’re taking a little break next week, so you won’t see LOCALmotion posted – it’s a belated Happy Anniversary trip to the Napa Valley Film Festival, and though it’ll be hard to top the latest 007 flick, we’ll report on it when we get back!