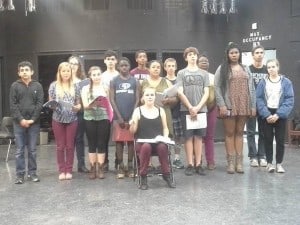 AVPA’s Blurred Vision Theatre Company will open its 2015-16 season with The Mental State by Josh Adell. This original work addresses the urgent issue of untreated teenage mental illness, exploring the human story behind the newscasts. The Mental State follows the story of Andrew Cady, a teenage boy battling a serious mental illness in the small town of Havenville, Kentucky. When Andrew’s mother, Angela, reaches out to an overextended school system, an underfunded community mental health program, and a church community overwhelmed by Andrew’s antisocial behavior, her cries for help fall on deaf ears.