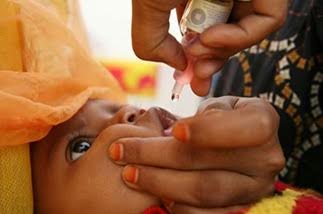 October 24 is World Polio Day, and the Culver City Rotary Club is proud to have been a catalyst for 30 years in the eradication of polio in the world. With last year’s outbreak of Ebola, this is important. People can, and do, come together to help countries to fight deadly diseases.

On October 14, Culver City Rotary’s Foundation’s donated $1,000 to Rotary International in line with this year’s Rotary’s fundraising efforts for polio eradication; this amount will be tripled thanks to a 2-1 match by the Bill and Melinda Gates Foundation!

Contributions come at an important time in the fight to eradicate polio, which would be only the second human disease—next to the 1918 Influenza Pandemic—to be eradicated. Only TWO countries (Afghanistan and Pakistan) have not yet stopped the transmission of the poliovirus.

Since 1985, polio eradication has been Rotary’s flagship project through the mass vaccination of children. Since then the number of polio cases has been reduced 99% from 350,000 a year to about 400 in 2013.

Rotary, a humanitarian organization with nearly 34,000 clubs in more than 200 countries and geographical areas, made polio eradication its top priority in 1985. Rotary has since contributed $1.4 billion in US dollars, and its members have logged countless volunteer hours to help immunize two billion children in 122 countries. Culver City’s Rotary Club and Foundation have played a pivotal role from the gate! Many local members have traveled and volunteered in many countries. We can be proud of our local Rotarians in Culver City for playing a pivotal role. Rotary International involvement began as far back as 1979 with a successful pilot program to immunize children in the Philippines.

Share your voice by raising awareness that we are “This Close” to ending polio in the world. Encourage your government to support Rotary and its partners’ efforts for polio eradication. Finally, support the fight to end polio by visiting www.endpolionow.org to learn more and contribute. Remember, all donations to Rotary’s efforts to end polio will be tripled under a 2-1 match from the Bill and Melinda Gats Foundation.

On October 23, Rotary and UNICEF will host an event in New York City that will stream live to update the status of the global effort to eradicate polio. People can now follow End Polio Now on Facebook and Twitter.