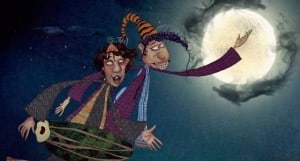 The Asian World Film Festival will present films at the Arclight Cinemas in Culver City from countries all across Asia, from Turkey to Japan and from Russia to India from October 26 – November 2, 2015.

If you enjoy foreign films, the Asian World Film Festival gives you access to Asia’s newest films that might not otherwise be screened in the United States. The Festival strengthens ties between the Asian and Hollywood film industries. Films that participate in the Festival have a unique chance to be guided through the challenging awards season, showcasing their foreign films to the Oscar® Academy, The Hollywood Foreign Press Association and all Guilds for enhanced exposure, media attention and awards consideration.

The films are open to the public and students with valid ID will be admitted free. All films will have English Subtitles.

For more information and a schedule go to www.asianworldfilmfest.org.