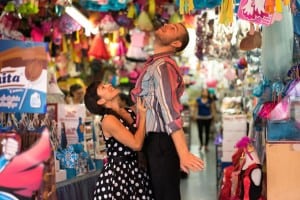 “We’re excited that this year’s honorees each take their own unique approaches to innovating a beautiful future for the City of Los Angeles,” Duckler said.

The Gala will also feature original dance performances—including the epilogue to Duckler’s dance telenovela, Sophie & Charlie (with projections by Refik Anadol), as well as handcrafted local cuisine, open bar with aguas frescas, and a raffle.