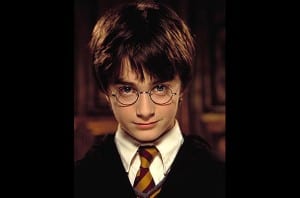 Head down to Media Park this summer for the 9th edition of The Actors Gang annual Free Shakespeare in the Park series, Harry Potter Hamlet. Based on Shakespeare’s Hamlet and inspired by the characters of
J.K. Rowling’s Harry Potter books, this 45 minute all- ages production opens Saturday August 1 and runs every Saturday and Sunday in August at 11 am. When the Denmark Court meets the Hogwarts School of Witchcraft and Wizardry, Hamlet transforms into Harry Potter and the audience joins the characters on a magical and suspenseful journey of friendship, family, justice and coming of age. Adapted and directed by the company’s co-artistic director, Cynthia Ettinger,  Harry Potter Hamlet features 12 members of the Actors Gang ensemble, live music, magic, dance, combat and competition.

Ettinger has adapted and directed the last five productions in this series, including Romeo and Juliet Monsters in Love, Twelfth Night The Superhero Edition, The Tempest – Star Wars Edition and A Midsummer Night’s Dream – Friendship is Magic.

“We create these productions as an ensemble, drawing on each actor’s unique talent and using the company’s ensemble based theater making style,” says Ettinger “there is a big sense of community in the creation and performance of these productions. While entertaining people of all ages,  these plays introduce Shakespeare to small children, and inspire a love for and interest in Shakespeare’s plays and literature in general before kids can read. We often hear from parents that their kids want them to read Shakespeare at bedtime. This is not your typical children’s theater.
Since 2007  The Actor’s Gang has brought over 15,000 people together for these free Shakespeare in the Park performances. No tickets of reservations required, just show up with a blanket or lawn chairs and get ready for an exciting tale. Each performance is followed by a popsicle celebration where the audinece can meet ( and take selfies) with the characters.

Community members and companies wishing to support this free service are encouraged to make a financial or in-kind contribution – The Actors Gang is a 501(c) 3 non profit organization. For more info, please go to www.theactorsgang.com