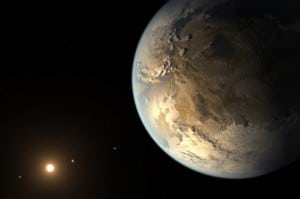 The Breakthrough Prize Foundation and its founder, internet investor Yuri Milner, have committed $100 million to a major escalation in the search for extraterrestrial intelligence, or SETI. This is about five times the amount of money now spent worldwide on SETI. The foundation has contracted with UC Berkeley and other participating institutions for a project called Breakthrough Listen, the most comprehensive scientific SETI project yet.

For the Breakthrough Listen program, UC Berkeley will build high-speed digital electronics and high-bandwidth signal processing instruments to gather and analyze the radio and optical data collected by the telescopes, and will train the next generation of SETI scientists, said Dan Werthimer, one of the leaders of the effort.

OPTICAL LASER SEARCH. Could other civilizations be using optical laser beams instead of radio for 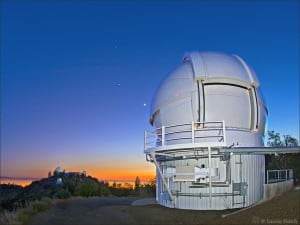 communicating? To answer that question, a significant part of the Breakthrough Prize Initiative will be the use of the Automated Planet Finder (APF) Telescope at Lick Observatory above San Jose, California, to undertake a new deep and broad search for optical laser transmissions from nearby civilizations.

The APF is the newest telescope at Lick Observatory. It consists of a 2.4-meter automated telescope and enclosure, and the high-resolution Levy spectrograph. It operates robotically on every clear night of the year; its main emphasis to date has been on discovering and characterizing extrasolar planets.

With this new Breakthrough Prize Initiative, the APF telescope and its Levy spectrometer will search 1,000 nearby stars and 100 nearby galaxies for visible-light laser emission from technological sources. Lasers may be used by other civilizations for communication between their home planet and satellites, interplanetary spacecraft, or colonies on other worlds.

Such laser emissions will be distinguished from the emission from astronomical objects by the extreme single-wavelength nature of laser emission, and by the unresolved point source (a dot in the sky) from which the emission originates. It may even be that the Milky Way contains a galactic internet of laser emission. If so, the APF may be able to eavesdrop on their transmissions.

The overall program will include a survey of the 1,000,000 closest stars to Earth. It will scan the center of our galaxy and the galactic plane. Beyond the Milky Way galaxy, telescopes will listen for messages from the 100 closest galaxies.

“We learned from the NASA Kepler mission that our Milky Way Galaxy contains tens of billions of Earth-size planets at lukewarm temperatures, any of which might harbor life,” said Geoff Marcy, Professor of Astronomy and Astrophysics at UC Berkeley.