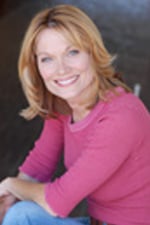 LACMA will present a free screening of  Op-Docs: Race in America on Monday, July 13, 2015  at7:30 pm. Copresented by The New York Times Film Club, it will include a conversation with The New York Times Op-Docs Filmmakers. The film “Verbatim; The Ferguson Case” has Culver City actress Janine DeZarn (pictured left) in a featured role.

View a selection of short opinionated documentaries from the award-winning New York Times Op-Docs series, all connected to a compelling central theme: “Race in America.” They include Stanley Nelson and Laurens Grant’s The Black Panthers Revisited and the world premiere of a dramatic re-creation of grand jury testimony after the shooting of Michael Brown in Ferguson, Mo. A panel discussion with the filmmakers and Op-Docs coordinating producer Kathleen Lingo will follow, moderated by Elvis Mitchell, Curator, Film Independent at LACMA.

No Guns For Christmas
Directed by Julia Reichert and Steven Bognar

In conjunction with Film Independent at LACMA.

New York Times Film Club members must RSVP to www.nytfilmclub.com for this screening.

PLEASE NOTE: Tickets for the screening can be picked up at LACMA’s Ticket Office, located in the Hammer Building, on the day of the event—as early as 11 am. Tickets are for general, unreserved Bing Theater seating. Ticketed guests must be in their Bing Theater seat 15 minutes prior to the advertised start time or seat(s) may be released. Reservations do not guarantee entry, even with a ticket in hand. Entry is first come, first served, so please arrive early. Program and guest participation subject to change or cancellation without prior notice. Tickets are nontransferable and can only be picked up by the individual who purchased or reserved them.