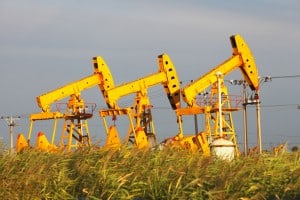 For years, tens of thousands of Californians have demanded Governor Jerry Brown end fracking and extreme oil extraction from poisoning our water, air, and health. Until now, Gov. Brown has denied and dismissed these demands, urging us all to wait for the results of a legally-mandated, independent study on the health impacts of fracking.

Well, the report just came out! And it’s everything we’ve feared. This new study confirms that fracking and other extreme methods of oil development pose significant and unavoidable damage to California’s public health, air quality, and water supply.

Join us in telling Gov. Brown: No more excuses, ban fracking once and for all!

Gov. Brown claims to be a leader in the fight against climate change. But for some bizarre reason, he believes scientists about carbon in the atmosphere, but not about poisonous chemicals injected into our air and water!

The government-sponsored study released this week by the California Council on Science and Technology (CCST) reveals that oil operations close to human populations — schools, malls, housing, etc.– present substantial public health concerns. They pose an even higher risk on children, pregnant women, the elderly, and those with pre-existing conditions. In Los Angeles, for example, 1.67 million Californians live within a mile of an active oil well. In Culver City, your are even often closer than that.

It gets worse. The scientists who authored the study say California’s oil regulators lack data and the power to adequately protect the public and avoid health risks associated with fracking and other forms of oil development, even if they wanted to.

The CCST study comes on the heels of a state-commissioned environmental impact report released last week by California’s Division of Oil, Gas, and Geothermal Resources (DOGGR). The EIR found that impacts to air quality, public safety and climate from extreme oil production methods are “significant and unavoidable.” The new CCST study combined with state’s own environmental impact report released last week leaves no doubt that fracking poses a significant threat to our communities and the environment, and should be banned in California.

On top of it all, fracking is expanding at a scale that puts everyone in the U.S. at increased risk for many life-threatening diseases and disorders, including cancer and other illnesses.