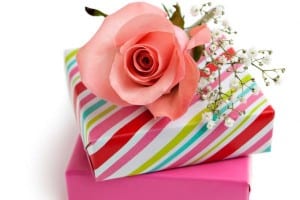 Both sides of my mother’s family came from places a one-day droshky ride from Warsaw. They were simple, Anatevka-like people: not merchants in important townships, not learned rabbis, not arts and music aficionados, nor did they distinguish themselves academically in any way. They somehow made their way to America, uprooting the entire family, before the turn of the century, when you could still do that. They settled in the lower east side of New York.

I knew that my grandfather was a tailor or garment worker of some kind; a very common profession for Jews on both sides of the Atlantic. He eventually moved to Brooklyn. I have a paper flyer from the launderette he owned in Brooklyn in 1951. Other relatives owned candy store; mom spoke of it all the time. The Morris-Zekind family seem to have run small businesses in and around Borough Park, Brooklyn.

My mother reminisced about a fun childhood, with loving parents, older sister and younger brother. They were surrounded by relatives, and tons of cousins. Life was painted as idyllic there on 51st Street; after school, mom was served home-baked sugar cookies. There was a cast of ridiculous Yiddish personalities, including aunts who made lavish dinners and begged you to eat, eat, eat, but then talked about you behind your back when you did. There were lecherous uncles and treacherous aunts, good times together at the World’s Fair, as well as family disputes over money.

But tragedy struck during the WWII years, and not from The Holocaust. They’d all cleared out of Poland long before the Germans came marching in. Rather, in the space of two years, my mother’s mother, grandmother and aunt all got sick and died. The family was in turmoil, and things were tough, sad, and dark, until my mother went off to marry my father in her early twenties. I was not born until she was twenty-seven, after they’d moved out to Los Angeles for dad’s job in the pioneering days of computer science.

My mother never went to college, but my City College of New York educated father, the only child of recent immigrants, considered my mother’s family to be country folk, based on their rural Polish origins. My mom used to imitate the Yiddish she heard spoken by her elders, sometimes misusing words and phrases. When living in Switzerland with my dad in the 1980’s, she was known to order things from the local deli in Yiddish. The fact of the matter is that Swiss German does have similarities to Yiddish, so she wasn’t that far off.

In fact, my mom “wasn’t that far off” on many counts. She had her own brand of wisdom that she was never shy to dispense to any and all who would hear it. I quote her to this day, and even use some of her tenets as watchwords in my professional career.

First, there’s her most famous, “one thing has nothing to do with the other.” In school scenarios, kids sometimes make bad choices. They act inappropriately, and, historically the remedy had been to punish them, with detention, suspension, or written repentance. Now, however, the educational code changed, commensurate with what research has shown to be more effective forms of dealing with our youth. The term we now use is “restorative justice,” and I’ve been plying that trade for several years now, with the Student Court I established at my old job, and the “detention-redemption” program I created at my new job. The idea is this: students, above all troubled students, deserve multiple chances to start over. Every day, in fact, needs to be a fresh start; whatever negative thing occurred even a day before is in the past. This way, there’s no holding of grudges, no lingering negativity, and, as each more positive day passes, the idea is that better choices will be made in the future. All of this reminds me of my mom’s logic, “one thing has nothing to do with the other.” Just because a kid messes up one day, doesn’t mean he or she can’t be rehabilitated, made whole again, and have hope restored for the next day.

My mom’s other phrase that starts, “when you’re right, you’re right,” is agreeable to everyone. But part two, “when you’re wrong, you’re right,” didn’t seem to make sense. What she meant was, even if you’re wrong, you should still stand up for yourself. The Japanese are big on immediate apologies, but within our litigious American psyche, we are more reticent about saying we’re sorry right away, lest we be held accountable. My mom didn’t mean that as much as, she didn’t agree with the silence of the accused either. She very much believed in self-advocacy and self-efficacy. She instilled that sense of confidence, and an unwillingness to accept “no” for an answer, in me.

Finally, there’s her inimitable “go to sleep.” Mom honored the act of sleeping, and believed in its medicinal benefits. If I said I wasn’t feeling well, she’d tell me to go to sleep. If I was hungry at an odd hour, she’d say “go to sleep.” When putting us to bed, she’d tell us, “sleep ’till you get up.” Whether you’re stressed or depressed, taking a little power nap, or going “offline,” for even a short while is a great way to restart your batteries. My mom always took an afternoon nap after her soap opera, “The Guiding Light.” When dad left for work in the morning, he’d be sure to wake her up, “so she didn’t sleep through her afternoon nap.” I’d come home and her face would be marked with the dotted pattern from her bedspread; she’d fallen asleep on top of it.

My sister and I now celebrate Mother’s Day as mothers, with my two boys and her one son. They never had the chance to meet this grandma, but she’d be happy to know her wisdom lives on.